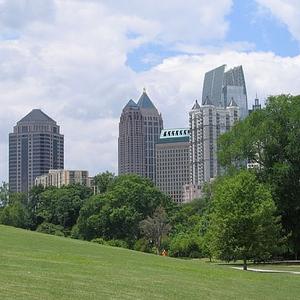 In a few hours the 2013 edition of Creating Change will kick off in the ATL (and nope, won't be there for it.) at the Hilton Atlanta hotel.

This latest edition of the conference will start later today and run until January 27.  If you are in the Atlanta metro area and can attend, I highly recommend you do so.

The 1999 Creating Change conference I attended in Oakland that year jump started my development as an activist. It was a great place to meet many of the people inside and outside the rainbow community human rights rights movement that I collaborated with for various projects over the years.

It's also one of those TBLG conferences in which you will see a cross section of people from 18-80 all in one spot.  Creating Change is so packed full of amazing seminars, workshops and panel discussions your toughest decision will be which ones to attend.

One workshop you may consider attending will be conducted by the National Black Justice Coalition, which is celebrating its 10th anniversary year . NBJC will be conducting two workshops on January 25 and 26.

The ATL also has some amazing attractions away from the hotel to visit such as the MLK Center, the Carter Presidential Center, CNN headquarters, and the World of Coca-Cola just to name a few.

Wish the Task Force and the local organizing committee much success.
Posted by Monica Roberts at 12:00 AM