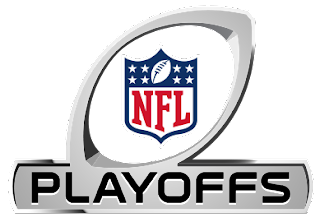 The regular season prognostication contest between myself and Mr. Watts is over, and it came down to the last week and the last game of the 2012 NFL season.

Specifically the Dallas Cowboys-Washington Redskins one.   I went with RG3, Mike went with TR3 (Tony Romo, three interceptions).  I prevailed by one game after having as much as a seven game lead during the season.

Best of all, I have the bragging rights over my fellow Texan until we crank this NFL prognostication competition up in September 2013 with me as defending champion.

Speaking of champions, the road to next month's Super Bowl XLVII in New Orleans gets started with Wild Card weekend.  Just to keep my championship NFL prognostication skills sharp I'll predict who I think will come out on top in these playoff games like last year all the way until the Super Bowl on February 3.  If Mike Watts puts his picks up on his blog I'll link to them as well.

So let's get started with the 2012-13 TransGriot NFL playoff predictions, shall we? . 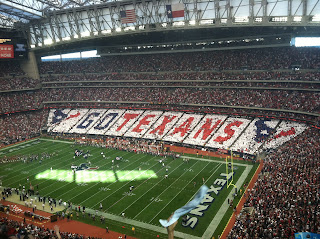 My 12-4 hometown NFL ballers weren't supposed to be playing this weekend.   They were 11-1 and had a stranglehold on the number one seed for the entire AFC playoffs until they dropped three of their last four games to play their way into Wild Card weekend.

That means they stumbled their way into a deja vu rematch of their 2012 NFL wild card playoff matchup with the Bengals.

And yeah, Mr Watts and the media had to bring up a painful memory for longtime Houston NFL fans. January 3 was the 20th anniversary of the Oilers playoff collapse against Buffalo that sowed the seeds of NFL civic discontent that led to them moving to Nashville in 1996. 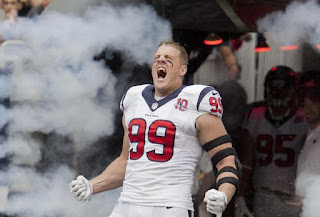 Meanwhile the 10-6 Bengals enter this deja vu rematch on a bit of a roll   They won three of their last four and seven of their last eight in the second half of the season with only a 20-19 loss to Dallas on December 9 marring their record.  Houston area homeboy Andy Dalton will be motivated to flip the script of last year's playoff game and end their playoff futility streak.  The Bengals haven't won a playoff game since 1990. (ironically against against the Oilers) .

However, this game is being played at Reliant Stadium and the AFC South champion Texans, with 8 Pro Bowlers on this squad, are more than a little pissed off about their play down the stretch and making their NFL road to New Orleans harder.   This will be Matt Schaub's first playoff game as the Texans QB and he will be motivated to play well and show he is worthy of his Pro Bowl selection after a lousy December.  So will future defensive MVP JJ Watt and the Bulls on Parade defense.

Despite what the NFL national pundits and haters like Shannon Sharpe and Keyshawn Johnson say, Texans in this one.

The 10-6 Vikings won their last four games to edge the Bears for a playoff spot and beat Green Bay at Mall of America Stadium 37-34 in their 2012 regular season finale to get in.  They have the NFL's leading rusher in Adrian Peterson, who missed breaking Eric Dickerson's single season rushing record of 2105 by 9 yards.  AP has compiled 210 and 199 yard games in both NFC North divisional encounters with the Packers which the teams split.

But the 11-5 Packers are playing this rubber match at Lambeau Field and have Aaron Rodgers on their sideline.  The Packers were 6-2 in the second half of the season and the NFC North Champs are getting healthy on the defensive side at the right time.  Peterson will probably rush for another 150 plus yards on the less than stellar Packers rushing defense, but if Vikings QB Christian Ponder doesn't play as well as he did last weekend and Aaron Rodgers is at his usual MVP level, it won't matter how many yards AP gains because their season will be over.

Packers to take this one 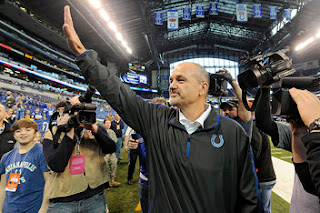 Intriguing game on many levels.   The precocious rookie dominated Colts team that went 6-2 down the stretch and 9-3 under interim coach Bruce Arians as Pagano was on medical leave versus the injury plagued AFC North champion Ravens 4-4 second half season record.

Chuck Strong vs the Ravens being motivated to play well for their inspirational leader in LB Ray Lewis.

Lewis announced he is retiring after a stellar NFL career, has an ESPN commentary job waiting when he does and returned for the playoffs after spending most of the season rehabbing a torn tricep muscle. 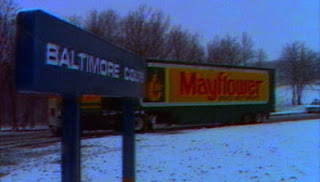 There's the interesting note that this is the first time the 11-5 Colts will be playing a playoff game in Baltimore since sneaking out of town under cover of darkness to move to Indianapolis in 1984.  Longtime Ravens fans still haven't forgiven or forgotten that episode..

But the Angry Birds have the playoff experience and made it to the AFC Championship game last year.  Can their defense carry this team one more time for their leader before he hangs it up or will Indy's youth be served before a hostile M&T Bank crowd?   And yeah, which Joe Flacco will show up?   How many carries will Ray Rice get? .

Ravens will be motivated to win this one for Ray, the M&T Bank Stadium crowd will be fired up, and it will be the Ravens in a close one. 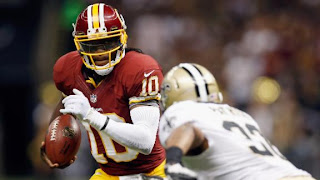 2011 Heisman trophy winner RG3 is all that and four bags of chips.  Thanks to a 7-1 stretch run Griffin led the Redskins to a 10-6 record and their first NFC East title since 1999.  Seattle also went 7-1 in the second half of the season to finish 11-5.  One of those games was a 42-13 beat down of the NFC West champion San Francisco 49ers at CenturyLink Field mere days after the Niners beat the New England Patriots in Foxborough.

The Seahawks defense is slightly better and especially their defensive secondary.   The Redskins D-line, like Seattle's has caused teams headaches during the second half of the season.   The Redskins offense is explosive and has rookie running back sensation Alfred Morris along with wide receivers Santana Moss and Pierre Garçon to complement RG3's world class sprinters speed. 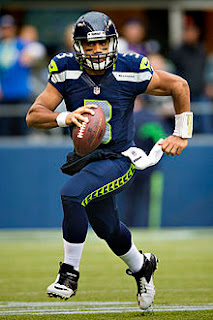 Seattle's offense isn't slouchy either.  Wilson is a better than average runner, and you have RB Marshawn Lynch and WR Golden Tate to throw into the offensive mix.

The Seahawks were the only team to run the table at home, and two of the teams they beat there in addition to the 49ers were the New England Patriots (24-23) and the Green Bay Packers in that controversial 14-12 'Fail Mary' game that hastened the merciful end of replacement refs calling games.

But this playoff game will be at FedEx Field, it will be jumping, and we should be hearing 'Hail To The Redskins' when this close one is over.

Redskins to win this one.
Posted by Monica Roberts at 12:00 PM