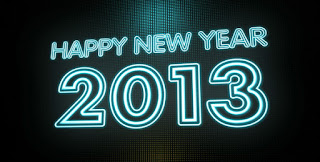 Happy New Year!  Hope you didn't celebrate too hard and you made New Year's resolutions you're going to at least try to make a reality in 2013.

Another year and this is the first of 52 weekly winners of my TransGriot Shut Up Fool Awards.  As you longtime readers know, every week without fail I highlight the fool, fools or group of fools that have exhibited jaw dropping stupidity, hypocrisy and ignorance that I have just got to call them out on.

Honorable mention number one is the 15 and 16 year old Northern California teens who drugged one girl's parents with milkshakes from an unnamed fast food restaurant so they could use the Net after 10 PM.

Only the fact these girls were juveniles saved their behinds from adult prison time.

The girls thought the parents no Internet after 10 PM policy was 'too strict'    If they thought that was too strict, wait until they get out of juvenile hall.   Not only is the belt probably waiting for their azzes (if that part didn't happen already, they're probably looking at even more draconian parental Internet control.

Glenn, last stats I saw concerning Kwanzaa indicate that up to 4 million African-Americans celebrate the holiday, and others like myself do acknowledge its existence.

This week's first Shut Up Fool for 2013 is a group award for the House Republicans.   They failed to renew the Violence Against Women Act for the first time since 1994, pass 60 billion in funding for Hurricane Sandy victims, still kissing up to the NRA on gun legislation in the wake of the Sandy Hook shootings, and still think the only thing they need to correct about Republican campaigns for national office is soften the conservative message.

Really?   This week said loud and clear you're kissing the NRA's rumps, you still are hatin' on women, and you just told the Northeastern US, a region that provides you with much campaign cash, to screw themselves in their hour of federal funding need.

They are also threatening another showdown over the debt limit in their 70 plus year quest to kill Social Security, Medicare and Medicaid.