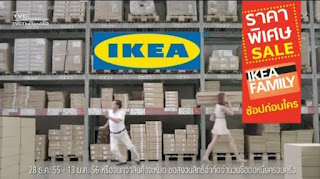 The Swedish based furniture giant IKEA is one of my fave places to shop for furniture, and it's where I bought much of my furniture for my first apartment back in the 90's.   One of those IKEA pieces I purchased back then at their Katy Freeway store is my current computer desk that has held up quite well through multiple moves.

IKEA has had a positive reputation in the past for some positive trans inclusive commercials, so it was a shock to me when I read about this IKEA Thailand holiday one the Thai Transgender Alliance was protesting because of the stereotypical way the transwoman was portrayed.

The commercial shows a couple strolling through an IKEA store when her voice suddenly goes into a masculine range that outs her as trans.  Her date then distances himself from her and eventually runs away from her as she continues to happily shop for IKEA products.

As Reuters reported in terms of the brewing controversy, "The 20-second commercial shown on YouTube and on Bangkok's trains in December and January entitled 'Luem Aeb' ('Forget to Keep Hidden'), was disrespectful to transsexuals, according to the Thai Transgender Alliance and demanded an explanation from IKEA. 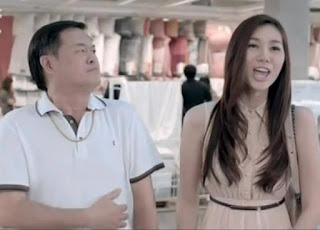 IKEA opened their first store in Thailand in November 2011 and the advertisement was part of a group of commercials for a holiday sale.

For those of you who are wondering why that commercial upset our Thai transisters and the international trans community, once again it played upon as the punchline for the humor in the ad the meme that trans women are people you are supposed to be fearful of or embarrassed to be around.  That is dehumanizing to Thai transwomen and their sisters around the globe.

And the dehumanization of transwomen is nothing to laugh at, especially in a commercial   .