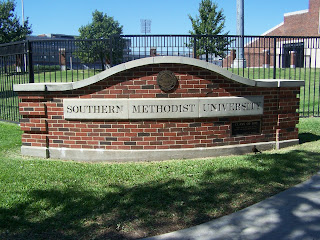 The list of Lone Star State colleges and universities adding trans protections just grew by one.


Thanks to the hard work of the folks at Resource Center Dallas and other allies in the Dallas area. Southern Methodist University's Board of Trustees voted at their December 2012 meeting to make the necessary additions to the policy to protect the trans students matriculating on their campus.

SMU will not discriminate in any employment practice, education program, or educational activity on the basis of race, color, religion, national origin, sex, age, disability, genetic information, or veteran status. SMU’s commitment to equal opportunity includes nondiscrimination on the basis of sexual orientation or gender identity and expression.


Over the past several years, RCD officials provided SMU with several examples of fully-inclusive nondiscrimination policies in both higher education and other settings, and met with SMU officials to explain the importance of adding the trans protections for their students.  .

SMU becomes the first four-year college in North Central Texas to have fully inclusive nondiscrimination protections and hope others in that region step up to the plate and join them..