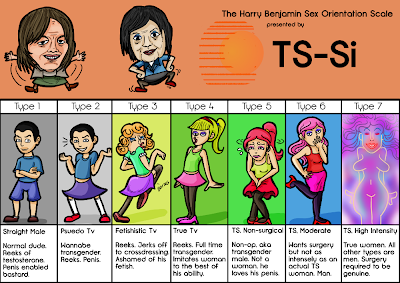 Was minding my own business Tuesday night when I received an e-mail from Janet Mock that my name was being dragged into a discussion on her FB page about a piece Janet wrote for XOJane..

Basically it started with the Twitter war between Azaelia Banks and Perez Hilton in which transphobic insults have been flying from both parties.   Janet called them both out for the transphobia and wrote a post for XOjane to clarify her stance.

Lisa McDonald, the TS separatist who chickened out of a debate with Cristan Williams, tried to start more shyt by going on Janet's FB page and attempting to drag my name into this mess.  She cited this almost year old post in which I called out the WWBT's for their vanillacentric privilege among other issues I castigated them for in the post.  McDonald then proved the point I made in the post about their privilege in the first place by disrespecting Janet on her own FB page.

Sniff sniff.  Probably was mad because their separatist talking points are being blown up and they are being rendered irrelevant   Oh yeah, another message for you and your friends for the 2k13.  Don't start none, won't be none.

I stand by every word, syllable, and sentence I wrote in that post.   If you Twans Separatists don't like it, too damned bad because you already know I have no love for y'all anyway and your pursuit of pseudo cis privilege .   When you 'Twoo Twanssexuals' stop kissing up to the Whyte Radfem Womyn Gone Wyld, I might be inclined to revisit my assessment of you peeps. .


So Lisa, another question for you?  When are you going to debate Cristan instead of doing what you seps do best and troll the Web?    Inquiring minds wanna know.