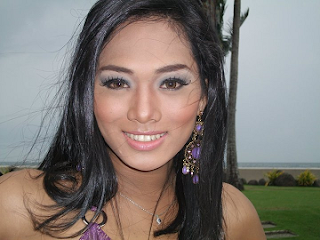 If I had to put money on which national pageant organization would be the first to have an out trans woman on the Miss Universe stage representing their nation, the Philippines would be in my top three.

The others in case you're wondering are Thailand and Brazil.

I say that because as me and my homegirl like us Naomi Fontanos are well aware of and discuss from time to time, the Philippines and Thailand take their beauty pageants seriously.

Those two nations are also home to the most prestigious and internationally renowned trans pageants for their local trans women in Miss Tiffany Universe in Thailand and the Amazing Philippine Beauties. 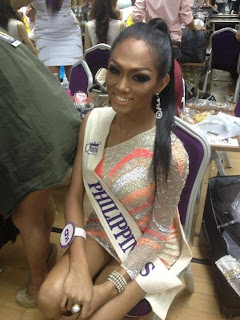 Jenna Talackova brought the glass pageant ceiling down and took out the odious 'natural born women' rule that was used to bar transwomen from competing in Miss Universe system pageants.

Since then the Miss Universe franchise pageants are being given extra scrutiny from inside and outside the trans community to determine if any 18-27 year old trans women exercise their option to enter and attempt to win their national pageant and qualify for Miss Universe 2013.

Jenna made it to the Top 15 in Miss Canada Universe 2012 a few months ago.  Kylan Wenzel was one of 229 contestants who recently attempted to win the always tough Miss California USA pageant.

As of this writing 19 women have already qualified for Miss Universe 2013  with more national pageants yet to be conducted including the Miss USA 2013 one in June.

There won't be a trans contestant at Miss USA 2013 because all 50 state pageants and the Miss District of Columbia one have been conducted, so the first trans Miss USA contestant is on hold until 2014.. 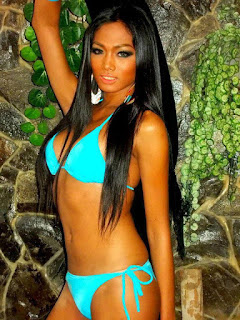 24 year old Miriam Jimenez was a semifinalist in that same 2012 Miss International Queen trans pageant, and there were unconfirmed rumors that she had entered Binibining Pilipinas that were posted on several blogs.

But when the January 22 deadline passed to submit entry forms they turned out to be false.  Ms. Jimenez sad to say won't be competing this year.

I was hoping the rumors were true along with many of my transpinay sisters and girls like us around the world, but looks like it's also wait until 2014 to see if a transpinay steps up and attempts to enter Binibining Pilipinas.

And in the meantime, still more than a few nations like Singapore who opened their pageant doors to trans contestants who haven't conducted their national pageants yet.