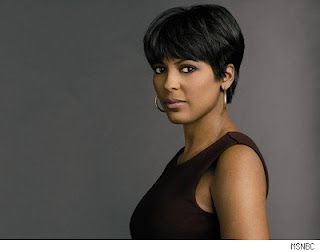 In the news that really didn't surprise me department, MSNBC president Phil Griffin proudly touted the fact his network grew its viewership amongst African-American viewers by an astounding 60% in 2012.

Well, duh!  When you see yourself reflected in the news, people like you delivering it, people who share your ethnic background pontificating on it, and stories that reflect your lived cultural experience, you will definitely have people in that particular demographic group tune in to your broadcasts.

One of the major reasons I started watching MSNBC was because I was tired of CNN trying to be Fox Lite and kiss conservative azz all the time.

I was also tired of the infuriating pattern of longtime CNN African-American journalists such as Roland S. Martin, Suzanne Malveaux and countless getting passed over to anchor weekday and prime time shows in favor of white journalists (and non-journalists in Eliot Spitzer's case) that would subsequently fail. 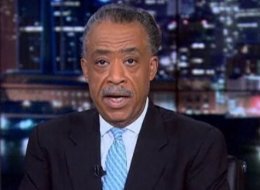 You also have guests such as Aisha Moodie-Mills who has been on Melissa Harris-Perry's show a few times and Janet Mock has appeared on Thomas Roberts' show.   On the various MSNBC news programs you'll see African-American academics such as Dr. Dorian Warren and Dr. James Peterson and longtime journalists such as Bob Herbert 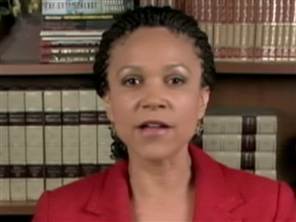 And that's before I even start talking about the Latin@ and Asian commentators, academics, pundits and guests that routinely appear on MSNBC programs as well .

MSNBC looks like America, reports stories in depth, is diverse, treats its viewers like the intelligent people we are, ain't 'scurred' to tell the truth and shame the conservadevils, and gives us a wide variety of perspectives of the issues of the day.

It's also nice to see members of Congress from the Congressional Black, Hispanic, Progressive, LGBT and Asian-American caucuses being interviewed about national political issues as well.

And if MSNBC gets a detail in a story wrong, they are quick to do corrections.

The hatred and dismissive comments the conservative movement aim at MSNBC tells me they're plucking conservanerves while they do so.

You know what they say conservafools. Truth has a liberal bias.

So yep, no mystery why MSNBC is the number one cable news network amongst African-Americans and its ratings climbed an astonishing 60%.

And yep, I watched them for convention coverage commentary when I wasn't watching C-SPAN and unlike Fox Noise, their 2012 Election Night calls were accurate.

I noted CNN is belatedly trying to catch up diversity wise in its host lineup by finally giving Soledad O'Brien and Suzanne Malveaux shows, and because they did, their ratings amongst African-Americans climbed 23%.

Megahint CNN to increase those ratings:  Give Roland S. Martin his own show.

Now if they'd just dump the prison show and go news and commentary all weekend, and have a show with a Latin@ host, that would be a happy-happy joy-joy moment for me as a news junkie.