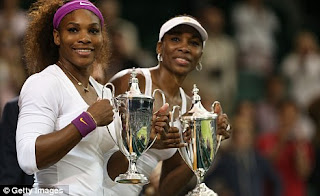 Another tennis season is about to start with the first Grand Slam tournament of the year in the 2013 Australian Open and yep, my fave tennis playing siblings are in it to win it as the haters continue to hate..

It starts today on our side of the International Date line (Monday) in Melbourne and runs through January 26.. 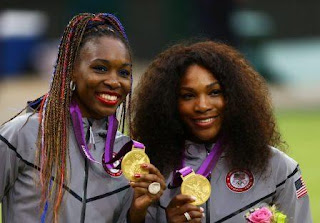 Serena starts off the chase for a 2013 calendar year Grand Slam in the best shape of her career, is seeded number 3 in the women's singles tournament and won the Brisbane International warm up tournament earlier this month without dropping a set .  Little Sis starts her quest for her sixth Australian Open title with a first round match against Edina Gallovits-Hall of Romania

And yes haters, the Williams sisters are playing doubles in this tournament.  They are seeded number 12 on the doubles side and in pursuit of their fifth Aussie Open double crown and first since 2010.  They will take on in their opening round doubles match Camila Giorgi of Italy and Stefanie Voegle of Switzerland

So good luck ladies, and may y'all have long deep runs in the singles and doubles tournaments.