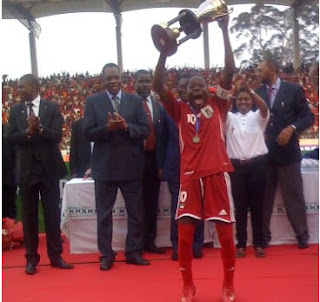 The soccer entitlement of Nigeria knows no boundaries.

Seems like I wrote about this story two years ago when Equatorial Guinea hosted the Africa Women's Cup tournament and eventually won the title in what was considered a major upset.

The mighty Nigerian Super Falcons women's squad was mortal during this 2008 edition of the tournament as the five time champions whined, complained and griped their way to a bronze medal finish despite scoring only three goals in the entire AWC tournament.

Most of the Nigerian gender bitching and complaining was focused on the Equatorial Guinea home team.   Nigerians threw 'that's a man' shade at its team captain Anonma Genoveva, who was the MVP of the 2008 AWC tournament with seven goals and the Simpore sisters.

The Nigerian Gender Bashing Noise Machine reached deafening levels after Equatorial Guinea upset Nigeria in the semis 1-0 and later went on to beat South Africa 2-1 to complete their dream of taking their first AWC title on home soil .

In 2009 word leaked out they had a talented then 16 year old teen striker named Bessy Ekaete they invited to Super Falcon camp who was discovered during her medical exam to be  intersex.  A Nigerian superfan started an effort to fund Ekaete's SRS so that she could be eligible to potentially play for the Super Falcons. 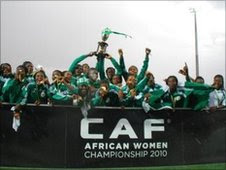 Fast forward the story to now, and this time the African Women's Championship soccer tournament was being hosted in South Africa from October 31-November 14.

The stakes were higher for this AWC  because it was a qualifier to determine which two nations would represent the African continent in the upcoming 2011 FIFA Women's World Cup in Germany.

You would think that all would be right in the soccer world for the Super Falcons after capturing their sixth AWC title, avenging their 2008 loss by beating defending champ Equatorial Guinea 4-2 and punching their Women's World Cup ticket at the same time.


But do you think the Super Falcons were happy about how their sporting business trip to South Africa transpired?   Nope. 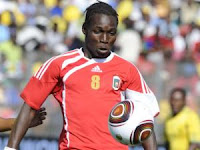 The Nigerian sore winners filed complaints with the CAF, the governing body of African continental soccer over guess what?

The same tired assertion they made in 2008 that Equatorial Guinea was playing 'men' in the recently concluded tournament they just won for the sixth time in seven tries.


And who is the Equatorial Guinea player getting the Nigerian gender third degree this time?   Salimata Simpore.

The Confederation of Africa Football confirmed she's the player the Nigerians are gender questioning, and the complaint has been forwarded to the CAF medical committee for further review. 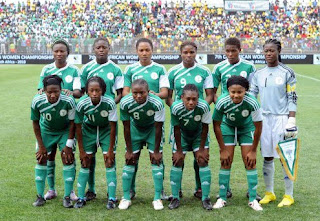 As I said in 2008, I don't see any Nollywood quality looking women on the Super Falcons either, so they really need to chill with this.    Or is big bad Nigeria, the most populous nation on the continent that 'scurred' of the emergence of little old Equatorial Guinea as a potential African soccer powerhouse?

If it weren't for two Equatorial Guinea own goals in the final, the result might have been a little different.

I could be talking about Equatorial Guinea being the back to back AWC champs and the Nigerian Gender Bashing Noise Machine would probably be at Fox News levels by now.

Ghana and Cameroon also made the same complaints during the recent AWC tournament.   Not surprisingly they were playing in the same Group B with Equatorial Guinea and finished second and third in the group play stage.  Equatorial Guinea knocked off the Black Queens 3-1 and played Cameroon to a 2-2 draw.


Equatorial Guinea and Cameroon had the same 2-0-1 record in group play and both advanced to the knockout round, but Equatorial Guinea did so as Group B champion thanks to goal differential.

Cameroon eventually was blown out in the semis by Nigeria 5-1 and lost the bronze medal match to the homestanding Banyana Banyana 2-0.  The South Africans lost to Equatorial Guinea 3-1 in the other semifinal game. 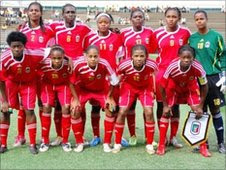 But it's only the sore winner Nigerians who have lodged an official complaint to CAF.

Equatorial Guinea's football federation of course is vigorously defending their players.  They asserted that there is a "campaign of defamation" against their team, motivated by an "inferiority complex."

Ouch.  Equatorial Guinea is also strongly motivated to defend their squad because they qualified for the FIFA Women's World Cup which will be contested next June and July.

The CAF said there is no timeline for the investigation, so stay tuned to this latest episode of Nigerian gender whining.    .