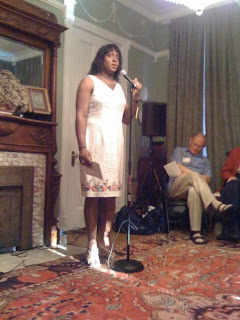 Was elated to find out that 2000 IFGE Trinity Award winner Dawn Wilson has been appointed to the Kentucky Commission on Human Rights.

The Kentucky Commission on Human Rights is a state agency that was created in 1960 according to its website, to encourage fair treatment, foster mutual understanding and respect, and discourage discrimination against any racial or ethnic group or its members with its mission being to eradicate discrimination in the Commonwealth of Kentucky through enforcement of the Kentucky Civil Rights Act.

Dawn will serve a one year term on the 11 member commission that starts immediately.

Congratulations to one of our trailblazing leaders!.