Team USA Ballers Number One Across The FIBA Board! 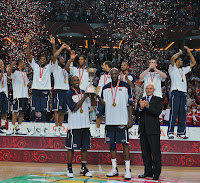 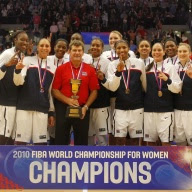 One of the things that happened in the afterglow of Team USA winning FIBA men's and women's world championships in the same year for the first time since 1986 was the announcement by FIBA of a revamped world basketball ranking system on September 17.


The new FIBA ranking system is designed to create a more accurate picture and ranking order of the world’s basketball nations.   The new ranking system covers two Olympiads (eight years) and five categories, Men, Women, Boys, Girls and a Combined World Ranking that takes into account results from all gender and age categories. 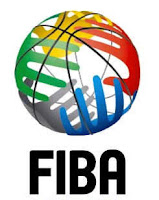 To calculate the new FIBA rankings, they include qualifying competitions at FIBA zone level and take into consideration all World Championships, Olympic Games and Continental championships events.   Whenever a new championship tournament is played, the oldest championship of that category drops out and then the.FIBA rankings will be recalculated. 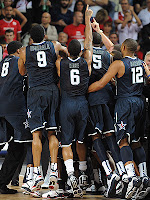 This year Team USA Basketball had a championship filled summer.  In addition to the Senior national men's and women's teams capturing FIBA world titles with unblemished records, the USA Men’s U17 Team did the same at the FIBA U17 World Championship in Germany with an 8-0 record.   The U18 Men's squad were a spotless 5-0 as they added the FIBA Americas U18 title to our championship haul.

The USA women were just as productive.  They won the FIBA U17 World Championship crown in France by compiling an 8-0 record.  The Women's FIBA Americas U18 Championship also came back to the USA with a spotless 5-0 mark in that tournament. 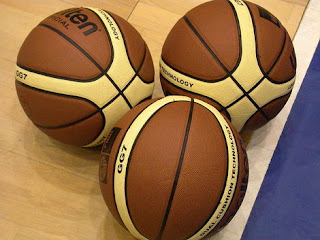 In all five FIBA categories under the new ranking system, the USA is not only number one in the combined basketball rankings, but in Men's, Women's, Boys and Girls international youth rankings as well.

So read it and weep FIBA world.  We're Number one!  The scary part is that we've got more talent in the b-ball pipeline coming at you on the men's and women's sides for future FIBA competitions.


We won't have long to celebrate this sporting accomplishment because we'll now have to go into title defense mode.   The FIBA U16 Women's championship and the Pan Am Games are on the horizon in 2011 in Guadalajara, Mexico..

And like all USA basketball fans, I will be cheering them on