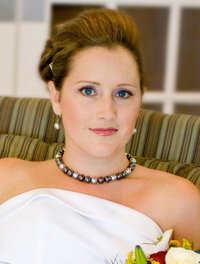 The date for the summary judgment hearing in the Nikki Araguz trial in Wharton, TX has been set for December 8.  It isn't too far fetched to say that the trans communities in the state of Texas, nationally and around the world are hoping and praying for a positive outcome for Nikki.

The tension in this case just got jacked up another level in the wake of the midterm elections that put the conservafools solidly in control of the Texas legislature with a 99-51 edge in the Texas House, an 18-12 edge in the Texas Senate, having control of the governor's mansion and attorney general's seats, and eager for January 2011 to get here so they can blitzkrieg their racist and radical hate agenda through the Lege.

And as Darrell Steidley, Phyllis Frye and the gang at Frye and Associates continue battling in the court on Nikki's (and our) behalf, we in the Houston and Texas TBLG community are fighting the public ignorance and negative media spin in the Delgado v. Araguz case itooth and nail as well.

But as UH Professor Maria Gonzales so eloquently stated in a recent op-ed, this is what we're fighting for:.

One day, Texas, like five other states, the District of Columbia, and many countries around the world, will grant its gay, lesbian, bisexual and transgender citizens equal protection under the law, including the right to marry. When that happens, the dramas of dysfunctional families, even our families, will unfold around the dinner table, and perhaps in the quotidian business of the probate court, instead of in the media spotlight.