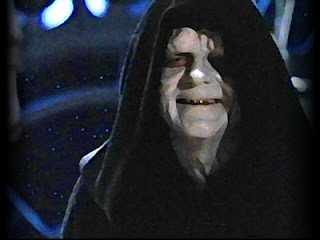 Last night I was having a relatively peaceful evening surfing the Web when I stumbled across another rambling hate on transwomen screed.

It was on The Magazine Project blog and penned by a rad fem drone called "Bev Jo"  entitled 'Transwomen Are Merely Castrated Men."
You'll note when you hit the link that the post has been taken down, but had 13 likes and the comment section is full of rad fem drones cosigning that disco era hate speech on a supposedly friendly LGBT blog.

With friends like these, who needs right wing enemies?


Unlike the 70's and 80's rad fems, this is the second decade of a new century in case it escaped your attention.   Not only are we not hiding in stealth anymore, we have the capability to hit your stuck on delusional flat asses right back

If that sounds harsh, damn skippy it is.   I and other transwomen are beyond sick and tired of your long debunked circular arguments being regurgitated over and over and wielded like a club to bat transwomen with to pump up your frayed egos and vanilla flavored privilege.

The new twist was throwing Anne Lawrence's BS in the mix, but it still adds up to a toxic transphobic stew of hate worthy of anything our right wing detractors throw at us.

Yes, I know there are rad fems that don't subscribe to the trans bashing that regularly occurs in the rad fem blogosphere and rad fem spaces.   But until you forcefully call out the people who engage in it, you are by your silence in the matter complicit in enabling it.

And don't worry "Bev Jo", most self respecting transwomen I know don't want to be anywhere near you clueless Janice Raymond-Germaine Greer wannabees.

Can somebody call the Southern Poverty Law Center and get them to declare radical feminism a hate group?