Piss On This Pee Poll 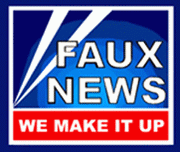 Our local Faux Noise affiliate in Houston is at it again with another jacked up anti-trans poll question in the wake of an African-American trans woman being arrested November 17 for using the restroom appropriate for her gender presentation because of some trifling behind security guard.


Per the code (and a lawsuit filed by a cis female against the city for being arrested in 1990 for not waiting for the long women's lines and instead using the men's room at the Summit, you must be proven to enter a  restroom in Houston with THE INTENT TO CREATE A DISTURBANCE.


Q: Would you be bothered by a transgendered person being in a public restroom with you?

As of 10:00 AM CST the poll is at 55.7% NO and 44.3% YES, so your Houston trans family needs some Bristol style vote early and often bumrushing of this poll to create another blowout win for Lone Star trans fairness.

Here's the link to it.

You can do your part to piss off the Reichers (pardon the pun) and hand them another loss by voting in this pee poll and doing it early and often.    Tell all your fair minded friends as well..