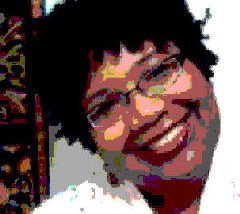 Today happens to be the birthday on one of my fave bloggers, Tami Winfrey Harris of What Tami Said.and a few other spots in the blogosphere.

Happy birthday to you my womanist blogging sistah and may you have many many more to continue tellin' it like it T-I-S is..

In honor of the day that Tami arrived on the planet, today's Shut up Fool Award presentation will be in her honor.

As always, we had a bumper crop of fools that were in fierce bipartisan competition for the SUF award this week.  Rep Mike Pence (R-IN)  Lt. Dan Choi, Glenn Beck,  Rep. Michele Bachmann (R-MN)  and Ron Christie were some of the people considered. 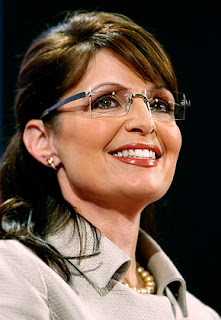 But this week's winner of the Shut Up Fool Award was none other than the chillbilly herself, Sarah Louise Heath Palin.

The half term governor and reality TV show star has a new waste of trees coming out, and Miss Right Wing Thang takes another race baiting swipe at the FLOTUS in it.

No Sarah, America has never been fair and equal to POC's and especially those of us of African and Native American descent.

But since you were born in Idaho and grew up in Alaska, you wouldn't know that.

The way you're hatin' on the FLOTUS, sounds like you're still bitter about losing Miss Alaska to Maryline Blackburn and the 2008 election to President Obama aren't you ?

Michelle Obama is more woman than you'll ever be.