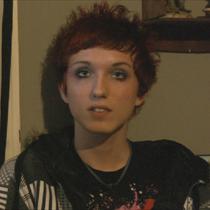 I have deep multigenerational family ties to the state of Mississippi.   My mom and uncle were born in the state before moving to Dallas where they grew up.  I have relatives in Jackson, Yazoo City, Greenwood, and Itta Bena and have paid attention for years to events and things that transpire inside the Magnolia State.

Of course when the Constance McMillen and the Juin Baize cases blew up at Itawamba Agricultural High School in Fulton, MS I was a very interested observer.   I also wasn't surprised about what happened to Ceara Sturgis in Wesson, MS  because as I stated before, areas controlled by Republicans tend to get more mean spirited and repressive on civil rights issues unlike the major metropolitan areas in that 'red' state..

And they also keep the ACLU and other attorneys in Mississippi very busy. 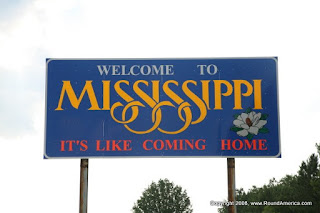 But these two recent cases had me saying WTF to myself after reading them.

There was the 12 year old girl named Randi who was bum rushed and beaten after a (I kid you not)  Fellowship of Christian Students meeting at Hernando Middle School.

I'll bet Randi Rhodes will have something interesting to say about that.

Then there was a high school football player who was kicked off the Mendenhall High School team for wearing pink cleats last month in honor of family members who had breast cancer..

Damn Mississippi, you need to seriously chill with the homophobia and transphobia!

The Randi case adds fuel to the GLBT community arguments that any anti-bullying legislation to be effective needs to have the gender identity and sexual orientation categories in it.    She is not a GLBT student, but was beat down and harassed because she was PERCEIVED to be gay and trans. 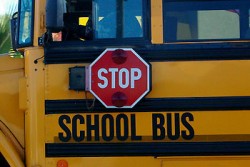 "They started talking about me like I was a man," she told local news station WREG-TV. "That I shouldn't be in this world. And my name was a boy name."  She was surrounded by four girls and a boy and, she said, kicked in the rib and leg, hit in the face, sat on, had her face pushed into the floor, and was thrown onto a cafeteria table.

The fundie style 'come to Jesus' meeting fortunately was caught on surveillance camera.


He ended up getting kicked off the football team and hiring an attorney before he was reinstated, and all because he wanted to honor the women in his family who have fought the disease. .

It also adds weight to the argument that the Student Non Discrimination Act needs to happen as well, but since some of y'all threw a hissy fit and didn't vote, that's probably not gonna happen under a GOP controlled House, but I digress.

But seriously, Mississippi.  TBLG people live in the state and aren't going anywhere, so y'all need to chill with the homophobia and transphobia.

It's gotten to the point that non-GLBT kids are being impacted by it, and that isn't cool for the kids or your ability to attract business to your state..