Not Feeling The TransGuys Community Awards 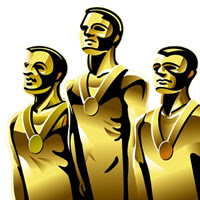 It was about time that an award was created that recognizes the talents and hard work that our transmen have done in helping us build community and advance our civil rights goals.

Joshua from TransGuys.com created them,  the nominations period for it started on October 31 and will run until November 19 for the first annual TransGuys Community Awards.

The premise for the sounds good at first glance.


The TransGuys Community Awards are the only International web awards that honor excellence and achievement by transgender men on the Internet. Established in 2010, the Awards are presented by TransGuys.com, and acknowledge the tremendous growth of the Internet as an important tool for FTM transition, community building, and raising awareness about issues that affect the lives of transgender men.

The inaugural awards will be presented in ten categories and so far so good until I read one of the nomination categories that gave me a WTF moment.

*Sex Performer of the Year

When you are a marginalized group, you try your damndest to get positive coverage and highlight the best your people have to offer.   No disrespect to those of you involved in sex work to pay the bills, but transpeople get whacked by that connotation far too often, especially transpeople of color.

Until that category popped up, there were more than a few African descended and Latino transguys I was going to nominate for some of the categories, but I can't in good conscience do so. 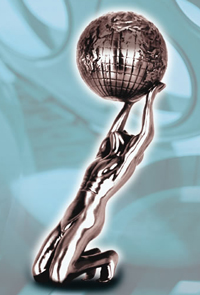 You don't see that category in any ethnic awards shows because all of these groups have negatively had attacks aimed at their ethnic groups by white supremacists who used sex and sexuality as a weapon to denigrate them.

And since transmen get far less media coverage, do you really want to set up an award for them that has a 'Sex Performer of the Year' category, especially in light of the fact our political enemies are using 'bathroom predator' lies in  an attempt to derail badly needed trans positive civil rights legislation?

Serious fail on that.

I'd be more inclined to enthusiastically support the idea of an award for transmen if that category were dropped, but until then, not feeling these awards.