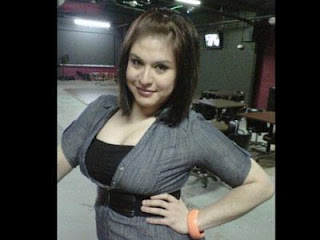 Before I get started, let's review what the AP Stylebook says about how you write reports about transpeople.

The picture gracing this post is of 22 year old Toni Silva of Greenville, SC.   She was reported missing and feared kidnapped after disappearing from the parking lot of a local nightclub

Here's how WYFF-TV reported the story,  and here's the way it should have been written according to the AP Stylebook

GREENVILLE COUNTY, S.C. -- The Greenville County Sheriff's Office said the transgender victim who was possibly kidnapped has been found safe.

Deputies were looking for Toni Silva, a 22-year-old Hispanic transgender female.  Investigators thought Silva may have been kidnapped at about 4:20 a.m. Friday in the parking lot of Mexicali, located at 1302 Cedar Lane Road in Greenville.

Deputies said Silva was found in the Poe Mill area Friday afternoon.Deputies said they determined that Silva was not the victim of a kidnapping, and that she left the club willingly with the subjects who were being sought as her possible abductors.


Now, was that so hard WYFF-TV?    Then why is it so difficult for you so called professional journalists to do it?