Will We Be Erased From The Upcoming WH Trans Meeting? 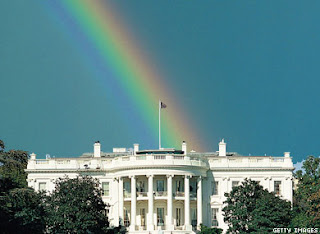 Autumn Sandeen of Pam's House Blend is reporting that a secret WH Trans meeting is supposed to be taking place on April 29.

I've heard it from multiple sources this week that there is a scheduled meeting between leaders in transgender community and the Obama Administration. I've heard it from multiple sources this week that this scheduled meeting is scheduled to be a "listening" meeting (where the White House listens to a constituent group), and not designed as an "action" meeting.    That meeting is currently scheduled to occur a week from this Friday -- on April 29, 2011. It isn't just an inference to say that the White House wants this meeting to be to be secret and off the record -- there currently are no plans for a photo op or for reporting from the meeting.


What my inquiring mind wants to know is how much like a GOP party convention will this room look like?

The trans leaders they will see damned sure won't have any melanin in their skin, and we're the ones that the Obama Administration most needs to hear from.   We're the ones who are being killed and are facing the discrimination, but yet can't seem to get those WH invitations or get jobs in the trans orgs formulating the policy.

So will the African-American trans community be erased from this secret meeting should it happen?

Given the LG community's track record so far, yep.

Posted by Monica Roberts at 1:10 PM