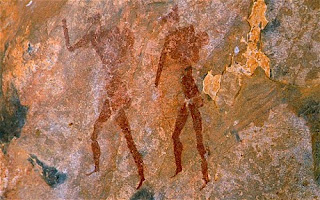 I keep telling you peeps that transpeople are part of the diverse mosaic of life, and stumbled across a news story that reinforces that point.

Seems that archaeologists working in a Prague, Czech Republic suburb unearthed a male skeleton dating back to 2900-2500 BC with its head pointed eastward and surrounded by domestic jugs.

Those were burial rituals in that particular culture only seen previously in female graves.

"From history and ethnology, we know that people from this period took funeral rites very seriously so it is highly unlikely that this positioning was a mistake," said lead archaeologist Kamila Remisova Vesinova.

Repeat after me, transpeople are part of the diverse mosaic of human life