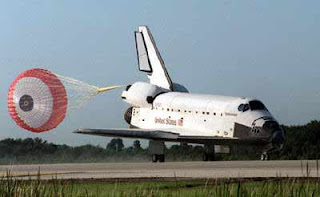 There were 30 applications submitted for the shuttles, and when the smoke cleared, the shuttles were dispersed in the following manner.

Atlantis will go to the Kennedy Space Center in Florida, Discovery to Washington DC, Endeavor to Los Angeles and the Enterprise which never flew in space to New York.


I can understand KSC because the majority of the missions were launched into space from there.  DC makes sense because it's the home of the National Air and Space Museum.   The California Science Center in Los Angeles even makes sense because it was designed in that state plus it's only fair that one be on the West Coast.

But New York?    Hell, naw.   It doesn't have the history or the deep connection with the United States space program like Houston does.   Johnson Space Center and NASA Mission Control are not only in the Houston metro area in Clear Lake City, but the astronauts train at JSC.  Four of the shuttle astronauts who died in the Challenger and Columbia accidents were Houston residents.    We had a downtown rally April 6 and a petition drive that collected 90,000 signatures that demonstrated our desire to have one of those shuttle here

And don't even go there with the disrespectfully snarky 'Texas got the Columbia in 2003' comment.

If any place deserves one of those shuttles, it was Houston, and the decision is getting bipartisan condemnation from local and state politicians.    Of course the Lone Star conservafools are blaming President Obama, which if it came down to politics, their partisan Hate on Obama antics may be one of the reasons we didn't get one in the first place.

And by the way, Houston and Harris County voted for Obama in the 2008 election.

Mayor Annise Parker definitely thinks politics had a hand in the shuttle snubbing.. 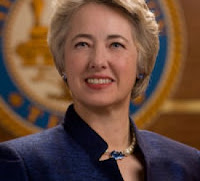 "This is certainly disappointing, but not entirely unexpected as the Administration has been hinting that Houston would not be a winner in this political competition," Mayor Parker said in a statement. "I am disappointed for Houston, the JSC family and the survivors of the Columbia and Challenger missions who paid the ultimate price for the advancement of space exploration.   "There was no other city with our history of human space flight or more deserving of a retiring orbiter. It is unfortunate that political calculations have prevailed in the final decision."


Yeah, needless to say we're more than a little pissed here about how this played out.