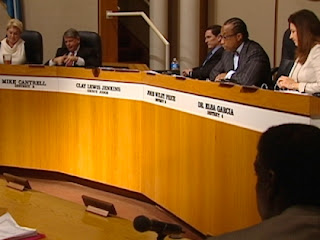 On a 3-2 party line vote this morning, the Dallas County Commissioners added trans protections to the county's non discrimination policy after 30 minutes of public commentary.

Note the interesting point trans community, that part of Dickey's district covers the Oak Lawn gayborhood.   She voted FOR the sexual orientation ones but AGAINST the trans community. 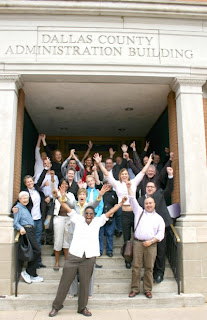 Let's just say the next time I'm visiting my friends and relatives in Dallas I won't be eating or spending my money at Dickey's Barbecue anymore..

“The community’s participation is what made this happen — the letters, the phone calls, the people who showed up here,” said Resource Center Dallas’ Rafael McDonnell to the Dallas Voice. “The fact that this was done in five weeks is what really surprises me. Five weeks is the blink of an eye in government time.”

Now the trans employees who are part of the 7000 person workforce of Dallas County have the same employment protections as everyone else.

And the GL community has lived up to the principles that bear the city's name.