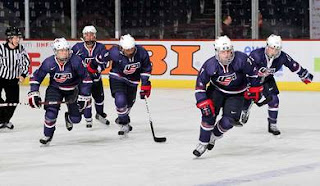 There will be two familiar foes skating against each other for the 2011 Women's World Ice Hockey Championship in Switzerland on Monday night.. (1 PM CDT)

The defending back to back world champions Team USA got off to a slow start in their semifinal rematch with Russia and gave up an early goal, but unleashed 33 first period shots to erase that early deficit and take a 2-1 lead over the upset minded Russians at the end of the first period.  Team USA continued to show off their offensive firepower as they advance with a 5-1 win and get a shot at a Women's World Ice Hockey Championship threepeat    . 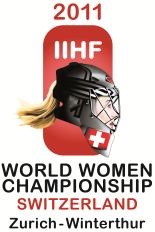 Meanwhile in the Canada-Finland semifinal rematch with Finland the good news was Finnish goaltender Noora Raty stopped 74 Canuck shots.    Unfortunately for them four got past her to propel Team Canada to a 4-1 victory and another clash for women's hockey supremacy between Team USA and Team Canada..

The Finns and Russians will battle each other for the bronze medal on Monday night .

Canada's going down on Monday!