If You Don't Have Anything Nice To Say About An Oppressor....

Call their asses out anyway.

In the middle of this HB 235 mess which will thankfully be over at midnight April 11, we've had an old oppressor by the name of Cathy Brennan pop up as part of the Gay, Inc Spin Squad in terms of pimping disinformation on this bill.

She's also made it her business to be the designated attack troll running from online venue to venue attacking those of us who are calling out the fatal flaw in this bill.

But that's all the bandwith Brennan deserves.   The InEquality Maryland Scream Team has spent far too much time and effort over the last few weeks trying to demonize Alyson Meiselman, Jenna Fischetti, Dana LaRocca, 'out of state' bloggers and activists and anyone else inside and outside the state of Maryland.who had dissenting opinions on this bill and failed.

The InEQ Maryland Scream Team didn't even give Sandy Rawls the respect of being demonized, they just ignored her.

Michiko Ota Eyre tried to post this comment in EQ MD's FB page and as per their consistent tactics during this community legislative debate deleted it.    But it needs to be heard. 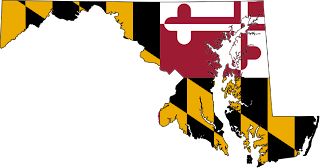 HB-235 is dead. The message here is simple. EQMD and Pena-Melnyk took a gamble with removing P/A and still lost. The next time this comes up, it must come up with P/A. The "incrementalism" card will not play here. While the bill was defeated, congrats to those inside & out of MD who were advocating for this bill both with P/A amendments and as is. We have definitely made some new educational moments here and we need to keep this momentum for upcoming sessions. Hopefully this time, with EQMD, TransMaryland, TransUnited and the T community at large working together. This fight is not over.

That's the one thing both sides agree on, this fight is not over.    The 2012 trans rights fight starts at 12:01 AM EDT on April 12.    You EQ Maryland supporters lost this one because you didn't have across the board buy in from all segments of the Maryland trans community, and let's get real, the bill sucked without P/A language. 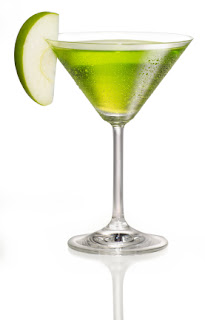 You EQ Maryland folks and your supporters can hate, finger point, spin and demonize me and everyone else who opposed this unjust bill all you want.   I and everybody else on the winning side hated being put in the position of having to actively work to kill and cheer for the demise of a flawed trans rights bill.

Contrary to the woof tickets your well heeled trans representatives tried to sell to the media, it IS a big legislative win when you stop a jacked up bill from becoming law.

Care for an appletini?

Thank you Equality Maryland and trans sellouts for exhibiting the jacked up leadership that created this screwed up situation in the first place.   You can blame 'errbody'  else for your failures and try to minimize our role in the process of stopping your messed up legislative overreach, but before you go down that road, take a look in the fracking mirror as to who was most responsible for your twin legislative defeats this legislative session.

Imagine what would have happened if EQ Maryland had simply acknowledged they were wrong and put the public accommodations language back in the bill as we requested instead of trying to put lipstick on this HB 235 pig of a bill and attempting to force it through.  ..

Imagine if you'd used all your media contacts and spinmeistering abilities blowing up Ruth Jacobs and her right wing bathroom meme pimps instead of attacking those of us telling the truth about your unjust bill..

Yep, the result might have been a little different and we'd might have celebrated another trans civil rights advance like they may be on the verge of doing in Connecticut..

But no, EQ Maryland made the decision to cut public accommodations out of this bill in their double secret meeting in November, and then arrogantly got a 'tude because we transpeople who saw the danger of this horrendous bill passing dared fight them tooth and nail and call them on their crap.

New decade, new rules.   You will not get a free ride at passing bills that only benefit your Gay, Inc political agenda and are detrimental to the trans community.   You'll also need to talk to a multicultural slice of the community to get a true picture of the discrimination we face. 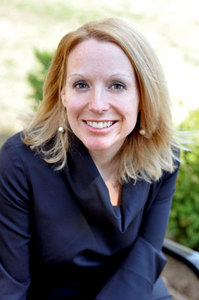 If you fail to do that and you continue 'bidness' as usual, if it puts us in the position of fighting you and our own sellouts to do so, then it'll be on like Donkey Kong once again..

But the choice for Morgan Meneses Sheets and friends is clear.   They can either continue down the road of being problematic trans oppressors or be part of the solution.

I and the people in Maryland would rather you and Equality Maryland be part of the solution.   You can start by having those community meetings your organization promised to have after the legislative session was over.  Your status in the community will hinge on whether you keep that promise.

But if you insist on continuing to be part of the problem for Maryland trans people, the TransGriot in conjunction with her Maryland transpeeps will be standing by calling your azzes out on it.