Pam's Ponderings-Trans People Must Stand Up For Themselves 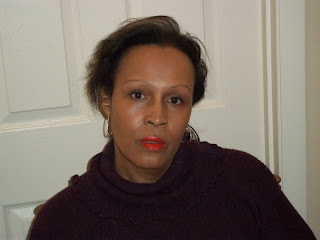 There has been so much buzz about the trans girl who was attacked and beaten by a couple of female thugs in a McDonald’s. I have not seen the video and I have no desire to watch footage of any person being punched, kicked, throttled or however the attack was administered.

A number of sites have reported the story, followed by comments galore. The poor child was disrespected when she was assaulted and many of the comments that followed were appalling and insensitive.

Conversely, there were some intelligent comments from people, who felt the beating was wrong, that the perpetrators should pull serious jail time.

The trans woman was accused of misleading people, called a freak and a he/she. Some folks said they felt no compassion for her. One man made an interesting comment about if a guy is going to live as a woman and if he doesn’t want any hassle or shit, that he better make sure that he can keep it on the low (in secret) because if someone realizes what “he” is doing, trouble will follow.

Well, there’s only a small percentage of trans women who can live without questions being raised about them and even if questions are raised, no one has a right attacking anybody because they disapprove of who that person is.

If a trans girl is clocked, trouble shouldn’t follow, but it usually does, which is a perfect segue into reiterating that trans women should learn self-defense.

Some people said that the victim in the Mickey Dee’s brawl didn’t fight back, that she allowed her assailants to punch and kick her and did nothing to physically defend herself.

That is a classic symptom of low self-esteem. Over the years, I've known a number of trans women who have been beat up by family members, other trans people, strangers on the street and they did not fight back. Did not swear out warrants on people who beat her. One t-girl was severely beaten by her brothers while her mother watched and did nothing. The t-girl should have had her brothers arrested. They didn't think twice about putting their hands on her, so why should she be concerned about them being thrown in jail and getting criminal records?

Hey, I could go out there and get my ass kicked, but I ASSURE you that I’m going to get some punches in. And I will make every effort do damage.

Back to trans women and self-esteem. Many of the girls have low self-esteem. Which is deepened when they allow store clerks, nasty citizens to insult, ridicule, and degrade them and not utter a word in defense of themselves.
Human beings are not wired like that. Someone insults a person, usually they don’t accept it and move on. That’s not natural. And for a trans woman to accept such behavior from people, I wonder if she feels that she deserves it.

Also, if any person allows such indignities to take place, it is going to damage them emotionally. Hurt them psychologically, which could lead to depression as well as physical repercussions. Studies say that ulcers and other gastrointestinal disturbances are brought on by stress. And a trans person lives with put-downs, criticism, discrimination, familial rejection and all that is most definitely stress. A trans woman can make her life less stressful simply by fighting back. Simply by defending herself physically or verbally.

One t-girl told me that when people make stage whispers about her, that she has to ignore it. She can’t speak out. “Why the hell not?” I asked, totally confounded.

“See, I’m supposedly a real woman. So if someone suggested I was a man by calling me he or sir, I’m not suppose to realize they’re even talking about me.”

She actually said that to me. And it sounds like nonsense. I’ll concede that if they don’t say anything to a trans woman directly, she could ignore it and pretend as if the slur was not directed at them. Some things are not worth addressing. Some fool off at a distance saying, “That’s a man” is one of those things. But if someone is in a trans woman’s face calling her, he, him, sir and it, she cannot pretend that that is not aimed at her.

Also, I’ve lived long enough as a trans woman to say unequivocally that people who instigate trouble with other people are usually insecure and have low self-esteem. Secure, confident people do not go around bullying other people.

And looks are not everything, but ever notice that people who fuck with others tend to look like shit? They rarely look like cover girls, swimsuit models or models for men’s fitness magazines. Most of them are unattractive losers. And if necessary, t-women should inform them of that. She will feel better for it.

In closing, if you allow people to talk trash to you and don't say anything in defense of yourself, you're giving them permission to haul off and hit you.