In a development that will make my Ontario homegirl happy, after two solid debate performances by Jack Layton and polling showing the Canadian people trust it on various issues, the New Democratic Party has surged past the Liberals and into second place with eleven days to go until Election Day.

It's the first time in 20 years the NDP has been ahead of the Liberals federally in a poll and much of the surge has been fueled by a surprising pickup of support in Quebec..

That's the good news.  The bad news is that the Conservatives are coasting with a big double digit poll lead thanks to their Prairie Provinces bastions in Alberta, Saskatchewan and Southern Manitoba.


While I've had more than a few political discussions with the editress of Womanist Musings about this upcoming Canadian election, I do like the NDP not only for their stands on many bread and butter issues, but for spearheading C-389. 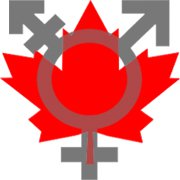 So does much of the Canadian trans community.   Trans Pride Canada  compiled a list of MP's who voted for and against Bill C-389.  They are planning to help our friends and punish our enemies at the polls.May 2

But I live south of our shared border in Texas. (AKA Alberta South as Renee calls my home state)  That means I'm just an interested observer in this May 2 election.  It's up to you peeps north of the border to handle your civic duty business and vote for the candidate of your choice.

The political junkie in me will have to read the polls and various Canadian political websites tracking this May 2 election to see how this plays out.