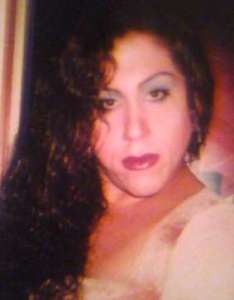 I've written about the spike in anti trans murders and assaults in Puerto Rico and speculated that one of the causes of it is the anti trans attitudes and trans hate doctrine coming out of the Catholic Church. since 2003.


Ironically on the same April 18 day that Chrissy Polis was getting attacked in the Baltimore 'burbs, Francheska Gonzalez was minding her own business pumping gas in her car at a Rio Piedras, PR gas station when she was viciously assaulted.

According to an April 20 Radio Isla interview with Francheska's mother Olga Vazquez, she was kicked in the head and all over her body by her assailants.  Gonzalez suffered a fractured vertebrae and bruises all over her body as a result..

22 year old Jose Ortiz, one of the assailants in Gonzalez's attack was recently arrested after police responded to reports that a group of men were robbing and assaulting trans women in San Juan's Santurce neighborhood.

Gonzalez picked him out of a police lineup, and he will be charged on Wednesday April 27..

"We are satisfied that the suspect has been identified. Now we call upon the authorities to investigate the hate angle on this case, but foremost to do justice," Pedro Julio Serrano of the National Gay and Lesbian Task Force told EDGE.. "Anti-LGBT violence cannot be condoned and the government has to send a message that it will not tolerate any bias attack against the LGBT community or any other community."

Pray for Francheska's speedy recovery from her injuries and hope that justice is done in this case as well.
.

Posted by Monica Roberts at 2:10 PM