Nashville CAN DO Ordinance Passes 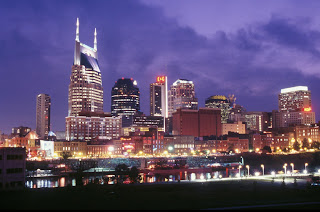 More good news, this time out of Tennessee.  .

The Contract Accountability Non Discrimination Act has passed on a 21-15 vote with three abstentions of the Metro Council of Nashville and Davidson County.   The CAN DO ordinance requires that vendors contracting with the Metro government affirm they will not discriminate in employment based on sexual orientation or gender identity.

Of course the conservafools launched their usual last minute attacks on it, but to no avail.

“This is a great move for Nashville,” said Metro Councilwoman Erica Gilmore, one of the bill’s sponsors. “This is a great step to show that we really believe in equality.”

The newly adopted nondiscrimination ordinance is an extension of the same policy that applies to Metro government workers.  It was originally introduced by Councilmen Jamie Hollin and Mike Jameson in the aftermath of the controversy surrounding former Belmont University women’s soccer coach Lisa Howe. Howe’s supporters contended the coach was forced to step down after she revealed to her team that she and her same-sex partner planned to have a child.

The legislation now heads to Nashville Mayor Karl Dean, who has said the new policy “makes sense” and that he would sign it into law.