All My Children Being Canceled....NOOOOOO! 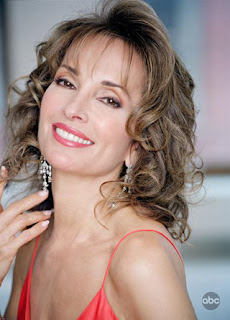 Damn, another piece of my childhood and my life is going bye bye.

Heard the shocking news that All My Children, the long running Emmy Award winning ABC soap that has been on the air since January 5, 1970, that I wrapped my college schedule around back in the day, enjoyed watching Angie and Jesse become a supercouple in the early 80's, and introduced me to the denizens of Pine Valley, PA has been canceled by ABC and is going off the air in September.

It's also unique among soaps in that it has an audience that is about 30% male and is partly responsible for why some of you girls are running around on this planet with the name Erica. 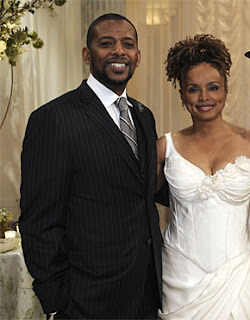 I was a huge AMC fan back when it was battling Y&R for the bragging rights as daytime television's Number One show.  I remember Sliza Colby (oops Liza) was a bad girl tormenting Jenny Gardner, Tad 'the Cad' Martin was bedding 'errbody' and Liza's mama and the feud was blowing up between Palmer (Pete Cooney) Courtlandt and Adam Chandler.

And like every other AMC fan, cried when Jesse died, and when he and Angie were reunited after 20 years.

And yes, love me some Erica Kane.   Quick, name every man Erica was married to in Pine Valley.   Bonus points if you can name the guys she dated

Shoot, the only man she didn't sleep with or wasn't married to in Pine Valley was Jesse Hubbard.   .

Speaking of marriages, AMC had some groundbreaking television moments on the show.   In addition to Bianca coming out and later getting married,  AMC has a long history of focusing on topical social issues.  It broadcast the first legal abortion on TV (Erica Kane) weeks after the Roe v Wade decision. 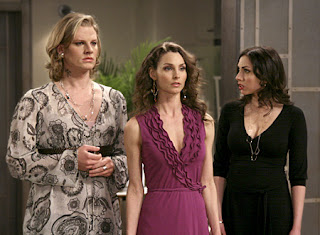 It was the first show to mirror the divisive debate in the early 1970's about the Vietnam War.  AMC had the first character with HIV/AIDS.   It had a character undergo a facelift.

And y'all remember the trans character Zoe?

Well, have a few months left before they replace AMC with a fracking talk show about cooking.  If ABC doesn't come to their senses and keep it on, so long All My Children and thanks for 41 years of great groundbreaking storylines and memories.

And one question.  Will Erica finally find one man to make her happy enough to stay married to him?