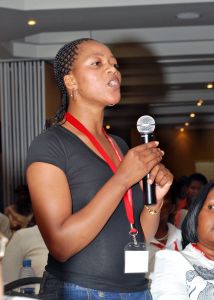 Just as you GL folks can, will and do speak out about any anti-gay legislation regardless of whether you live in that area or not, trans Americans have the same rights to do the same thing.

I dare anyone cis, trans or gay to tell me I don't.
Bilerico Project comment thread, April 12, 2011

Seems like the folks who were on the losing side of the HB 235 battle are still in hatin' mode.  Perused this comment from one of the peeps on Dana Beyer's FB page that mentions yours truly:


Did I miss something? When did Ashley Love (and Monica Roberts) start speaking for the Trans people of Maryland and for the trans community as a whole?

Yeah, you did.   I've been speaking for this community since 1998 in my case.   I also have an IFGE Trinity Award (Trinity Class of 2006) that backs up my ability and my right to speak for the trans community as a whole.

Maryland surrounds our nation's capital.   I and others saw the danger inherent in the passage of that fracked up bill.   It would have sent a bad message to Capitol Hill and elsewhere that could have been applied to future trans rights legislation, and without the P/A language,  the bill had it become law would have hampered our ability to legally fight anti-trans discrimination.     It was bad legislation, so it needed to die.

Settling for bad legislation just so you have it is never an option for a marginalized group.

You vanilla trans peeps in Maryland also started appropriating my people's stories such as Tyra Trent's murder in Baltimore while shutting the Maryland African-American trans community out of the debate or a seat at the table in formulating this bill and I wasn't having that.

If the process had been open and not as secretive, and EQ MD hadn't been pushing a disinformation campaign to pass this bill in the wake of their marriage loss,  I wouldn't have felt the need to jump into this mess, nor would have I been invited to do so by Trans Maryland and Trans United.

But back to the point I want to make.   Don't you dare tell me I don't have the right as one of four African-American IFGE Trinity winners and a longtime activist for this community that I don't have the right to speak for this community, especially when my African-American transpeeps in Maryland were being erased and shut out of the HB 235 discussion

My community stretches across the entire United States and the African diaspora, and when I see a jacked up situation occurring, I am not going to be silent about it.