Silly Wingers, Pink Is For Boys and Girls 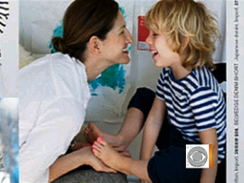 The Right Wing Noise Machine has got their panties in knots about a J Crew ad in which the company's creative director Jenna Lyons appeared with her son Beckett.  The accompanying caption in the ad reads: "Lucky for me I ended up with a boy whose favorite color is pink. Toenail painting is way more fun in neon."

Of course the Morality Police went apoplectic and used it as an opportunity to attack transpeople once again.

Cheryl Kilodavis in Seattle knows how Jenna Lyons feels right now.    She's the Seattle mother who wrote about her 5 year old son Dylan in a book called 'My Princess Boy'.    He enjoys traditional girl things such as jewelry, dresses and the color pink and was attacked as well for her 'crime' of violating the gender binary.   .

But let's get real.   The gender binary fence has some serious holes in it. 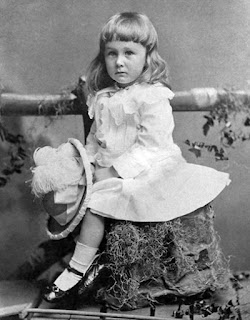 Hollywood stars have been more willing to let their children explore gender.  Brad Pitt and Angelina Jolie's daughter Shiloh adopted a boy's wardrobe while Gwen Stefani and Gavin Rossdale's son Kingston has been photographed wearing his own shade of nail polish.

Once upon a time the gender binary wasn't as rigid.either.

For those of you who are tripping and saying 'this is wrong' or 'not normal', check out this photo from 1884.

Wanna know who this is?   It's our 32nd president of the United States Franklin Delano Roosevelt at age 2.

Back when he was growing up kids grew up wearing unisex clothing and didn't get their first haircuts until they were 6 or 7.

So if you're worried that letting children explore their gender will turn them into transpeople, chill out.   Unless you're born trans it ain't happening. 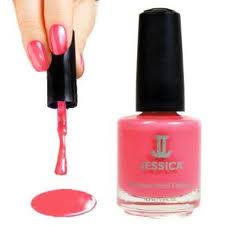 I know more than a few peeps who dressed their boys in blue clothing, played little league baseball or football, and are now rocking stylish dresses and heels.   There are also handsome men who started out in life dressed in pink from head to toe, were given Barbie dolls for Christmas and hated every moment of it .

This kerfluffle only points out what we transpeople have been saying for a long time.   Gender is a social construct and has a between the ears component that often doesn't match the body one is born with or the genitalia between their legs.

Silly wingers, pink is for boys and girls.    Now where's my nail polish?    Suddenly I feel the need to rock some pink nail polish  in solidarity with little Beckett and his mom.