You've Had 50 Plus Years To Tell Your Stories- STFU, Listen, And Let Me Tell Mine 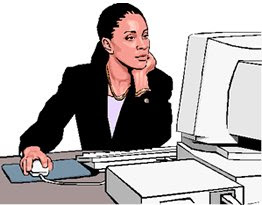 I get a chuckle every time I get home from work, check my e-mail inbox and note the vast jump in e-mail. That let's me know that once again, one of my posts somewhere had plucked somebody's nerves.

I enjoy dropping knowledge about transgender issues when I do these guest positing stints. I thank the people that have graciously extended those invitations to share their spaces with me now and in the future.

I see my guest posting stints as opportunities to introduce my writing to a new group of people who may not surf by my home blog on a regular basis.

But one thing I repeatedly note is the usual violations of Renee's Rule when I write about my experience as an African descended transperson.

My posts on trans issues are written from my chocolate flavored experiences, my perspectives growing up as an African-American Texan in the 60s'-70's, dealing with my gender issues, and my 20 plus years of interactions and observations of the GLBT community at a local, state, national and international level. 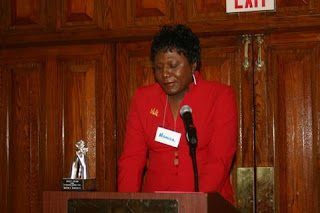 And oh yeah, need to point out I'm not just talkin' out the side of my neck. I've done (and still am) doing the work for this community that earned me an IFGE Trinity Award in 2006 among many others.

But yet, when I read the comments, the first things that I notice happening are the egregious displays of white privilege, denial, naked prejudicial and borderline racist comments and Internet silencing techniques.

You do this crap, then wonder why trans people of color don't want to have anything to do with you.

The bottom line is that ever since the 1953 arrival of Christine Jorgenson from Denmark, the trans narrative has been all about vanilla flavored transpeople. 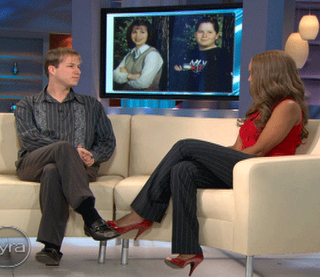 You have dominated the headlines for good and ill. Your faces are the ones that have disproportionately been in the news. You get called for the talk radio and TV interview shows. You're the ones held up as examples of 'successful' transwomen. You dominate the leadership ranks of this community. You're the ones who predominately get to speak at universities and college classes about being trans. You're the ones who get the book deals documenting your personal stories or your versions of transgender history and theory. You're the ones who have had miles of film shot about them and their lives in documentaries.

Damn, can somebody else get a word in now since you've had 56 years of it?

There are stories about trans persons of color and about my African descended trans community that need to be heard.

We have transpeople of color like myself who consistently do hard, solid thinking about this community.

We have the right to comment about the future course of the trans movement and the trans community as any non POC transperson does on a regular basis, not be dismissively told by vanilla flavored privilege wielding trans people 'we don't speak for the trans community'.

News flash for you. That Trinity I earned says otherwise. 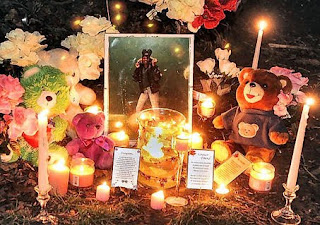 While the memories of African descended people who have fallen victim to trans related violence deserve to never be forgotten, we are more than just tragic victims.

We are stakeholders that have paid a steep price in blood for our place in it. It is because of the blood shed disproportionately by my African descended transpeeps that I am compelled to speak up on their and my community's behalf.

And I and others will not be deterred from doing so. 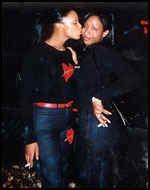 Our transition journeys are different from yours because it is affected not only by class, but race as well. I have to fight on multiple fronts just to be the Phenomenal Transwoman I am. I have to battle racism and transphobia not only from people outside the GLBT community, but inside it as well.

I have to shout just to be heard, even by my so called allies.

So when I write about my experiences as a transperson, or add our stories to the community discourse on trans issues, it's not always going to neatly line up with yours.

You've had 56 plus years to tell your stories and will continue to have multiple opportunities to do so.

It's time for you to STFU, listen, and let me and other POC transpeople tell ours.
Posted by Monica Roberts at 1:00 PM

Sadly, you have a point.