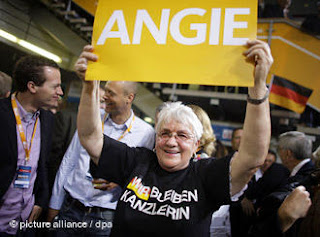 While we were sleeping on this side of the Pond, the Germans were headed to the polls today. The results were the opposite of what happened in the States and Japan.

While Merkel's Christian Democratic Union party CDU/CSU lost some support from the 35.2% they garnered in 2005 to 33%, another coalition partner, the pro-business Free Democrats (FDU) share of the German electorate rose from 9.8% to 14.5%

That means the center-right coalition she put together has a narrow majority over the Social Democratic Party (SPD) and the two other major leftist parties which increased their share of the vote. The Greens picked up 12% white the Left grabbed 10% of the German electorate

"My understanding was, and my understanding is, that I want to be the chancellor of all Germans," Merkel told supporters, adding that protecting and creating jobs "will be my highest aim." 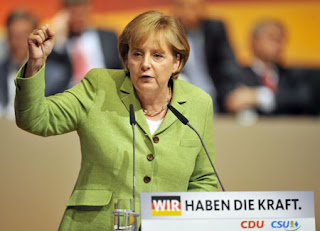 This election was also occurring at a critical time for Europe's largest economy, which is like everywhere else on the planet recovering from its deepest recession of the post-war era.

The resulting center-right government she's forming will allow her to pursue more conservative policies such as extending the life of German nuclear plants and renewing the increasingly controversial deployment of German troops to Afghanistan.

The last time a center right government led Germany was when Helmut Kohl was chancellor from 1982-1998. 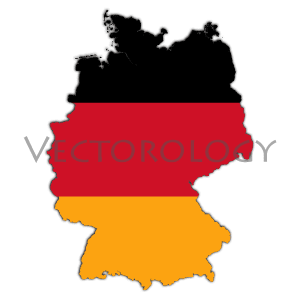 Her challenger in the vote was Social Democrat (SPD) Frank-Walter Steinmeier. He appeared on television shortly after the first projections came out and conceded that his party had suffered a "bitter defeat", garnering only 22.5% support.

Merkel has ruled for the past four years in a "grand coalition" with the SPD but can now end that partnership and work with the FDP. She has stated that it's a grouping better placed to help nurture Europe's largest economy back to health.

We'll see in four years if Chancellor Merkel is right.
Posted by Monica Roberts at 9:13 PM