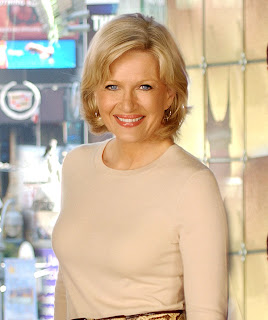 And then there were two.

In some news that will make many peeps in Da Ville happy, Diane Sawyer will be leaving Good Morning America and taking over as the anchor for 'ABC World News' in January 2010.

Current anchor Charles Gibson will be retiring at the end of the year after 35 years with ABC. He took over the ABC World News anchor duties after the 2005 death of longtime anchor Peter Jennings and Bob Woodward was injured while reporting in Iraq.

White Sawyer's ascension to the ABC desk and Katie Couric already ensconsed in the legendary CBS News anchor chair that Walter Cronkite once occupied, that means in 2010 two of the three original television networks as of 2010 will have women sitting at their anchor desks. 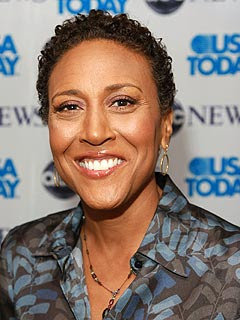 NBC still has Brian Williams helming their rating leading NBC Nightly News, with ABC a solid second in the ratings.

No word yet as to what's going to happen with Diane's soon to be former gig at Good Morning America, where Robin Roberts is one of the co-hosts.

Maybe ABC will do the logical thing and slide Robin into the lead chair at GMA.

At any rate, congratulations to Diane Sawyer. She's from Louisville, and the peeps here are ecstatic that she's going to get the ABC News anchor chair.
Posted by Monica Roberts at 4:06 PM