One of the fallacies of modern day politics is that Texas has always been a rock ribbed solid red conservative state.

We also suffered through the indignity of a 2000 election cycle of having no filed Democratic candidates for high statewide offices and the Delays and GOP friends gloating about it.

While there have always been areas of the state that were more conservative than others, Texas in reality has more progressive-populist roots than conservative ones. 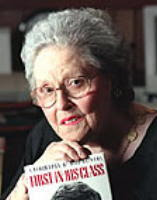 We had Democrats such as Billie “The Godmother” Carr. She fought a pitched battle for liberal progressive voices to be heard in the party and be more inclusive to all Texans. She also acted as a mentor to future president Bill Clinton when he arrived in 1972 to help run the McGovern campaign in the Lone Star State.

Unfortunately we are currently suffering under a decade of GOP misrule of my birth state, but there are signs that the Texas Democratic Party has gotten up off the political canvas.

The fight has begun to take back Texas despite the fact we haven't won a major statewide office in over a decade.

And not a moment too soon. The Texas GOP has always been more radical right wing than the national one, and their secession talk and party platforms only highlight that fact. 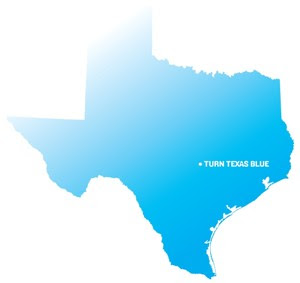 The momentum is building in the Texas Dems direction. The good people of the Lone State State are tiring of GOP mismanagement of the state and the negative perceptions of Texans as intolerant yahoos.

It is leading to a throw the GOP Rascals Out attitude that has began in several counties. The eyebrow raising one was Dallas County in 2006.

Dallas County was Republican before it was even cool to openly call yourself one, but in that year they threw all the GOP rascals out of every city, county and judicial seat The pattern has repeated itself in Hays County and several others, and we have begun the process in Harris County as well.

Demographic trend have already made Texas a majority-minority state, and that will be confirmed after next year's census.

So the 2010 election cycle will be an interesting one back home. I definitely want to see GOP mismanagement of my birth state end and it turn blue in 2012 and beyond.
Posted by Monica Roberts at 10:00 PM