Historic Change Has Come To Japan 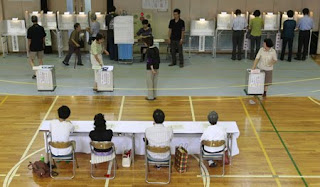 But the impact of the worldwide recession on Japan combined with various LDP scandals and its almost unbroken control of Japanese political life got the voters in 'throw the LDP rascals out' mode.

On August 30 the center-left Democratic Party of Japan rolled to a convincing and historic electoral beatdown of the LDP.

The ten year old DPJ captured 308 seats in the 408 seat Diet lower house elections and put the son of a respected Japanese political family in the position as leader of the Democratic Party of Japan to be its next prime minister.

On September 16 a new era in Japanese politics began as Stanford University educated Yukio Hatoyama formally took power as prime minister. The DPJ is also riding a huge wave of popularity according to a poll conducted by the Nikkei newspaper and TV Tokyo Corp. 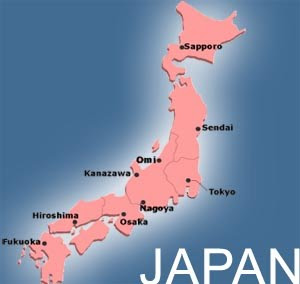 It is starting its new administration with the second highest approval rating ever recorded for that poll. It has the support of 75 percent of the poll rspondents.

Only Junichiro Koizumi’s government after it took power in April 2001 had a higher approval rating at 80 percent.

The DPJ now has to make good on the promises it made during the campaign. It printed and distributed five million copies of its "Change in Power" campaign manifesto and program which lists in black and white what the new government is committed to achieving. 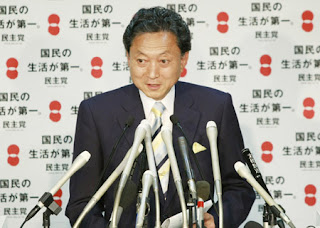 The DPJ also faces the challenge of reviving the sluggish Japanese economy.

Prime Minister Hatoyama and the other DPJ leaders are keenly aware that if they don't, their current sky-high poll numbers could plunge and they could suffer the fate of the conservative LDP government they just ousted.

So it will be interesting to see just what form change takes in the Land of The Rising Sun and how fast they achieve it.
Posted by Monica Roberts at 4:00 AM