Why You Tripping About What I Said? 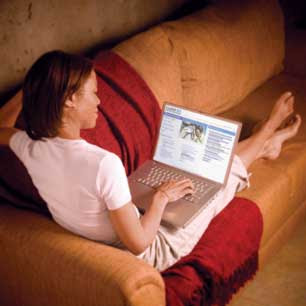 I've been involved in online discourse for over ten years now.

It never fails that when I or any Black person, be they gay, straight or trans, posts ANY commentary that critiques how whiteness insidiously operates in our communities and beyond, calls out a white person operating in a racist way, or points out that race relations aren't as 'post-racial' as people claim they are the usual predictable stuff happens.

*We're called 'angry','emotional' or whatever euphemism du jour is used to personally attack the writer.
*There is a demand for dissertation level evidence or statistics to back up whatever we said in our commentary.
*We have our commentary nitpicked for perceived 'flaws'.
*Whatever we said in the post is dismissed, belittled or labeled 'anecdotal'
*We're accused of being racist.
*Our post is accused of being 'counterproductive' to the issue we're bringing up.

So why are you tripping about what I said? Is it because deep down, you have exhibited the behaviors at one time or another that I'm talking about in the critique and it's making you uncomfortable?

Or is it because you wish to deny the mountains of evidence that racism is still a problem in our so called post-racial society?

The point is, I have four decades of experience living on this planet. I've been exposed to racism and its effects, observed its impact on my people throughout our history, and had long conversations on an almost daily basis with other African descended people from across the Diaspora about it.

Whites don't have that life experience. So how can you tell me as an African-American or presume to have the authority to tell me what is and ISN'T racist?

Why is anger a legitimate emotion for white people in discourse, but not for Blacks or other people of color?

Why is any critique by a white writer on an issue not greeted with the same shifting goalposts of 'proof' that you require of us?

Why is it that whites can freely criticize my community, but Blacks aren't allowed to do the same without a hostile or angry reaction to it?

Explain that to me.
Posted by Monica Roberts at 2:00 PM

I have to correct you.

Anger is not deemed a legitimate emotion for white people in discourse. It is reserved for white men.

Um, Mykell I might have to correct you. Perhaps I have simply misread your comment, but you seem to be attempting to minimize the racism perpetuated by white women by highlighting sexism, when this post is obviously about racism(not that the two don't intersect, mind you). Did you really mean to imply that women aren't people and therefore White women are incapable of exercising the power of their White privilege? I would suggest you spend some time around a predominantly White feminist blog. In those circles anger/'passion' is certainly acceptable and in many cases celebrated, unless the author in question isn't White and (back to the point of the post)is calling out racism.