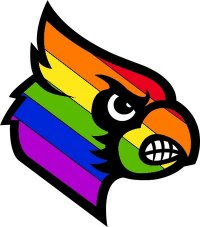 It's Pride Week on the U of L campus. In addition to participating in some of the events, I've gotten the opportunity to interface with the younglings on campus as well.

It is exciting and heartwarming to see all these young leaders and GLBT kids openly and proudly living their lives while getting that paper.

U of L pride will continue until September 29, so those of you in the Louisville area still have time to show up to an event and show some love for our future leaders.

So lets move on to the people who proudly show their foolish side and let the whole world know it.

As usual, there were many worthy contenders for this week's Shut Up Fool award.

The usual trio of Limbaugh, Hannity, and Beck. Sarah Palin opened mouth and inserted her pumps in it. Michael 'Banned In Britain' Weiner, er Savage. 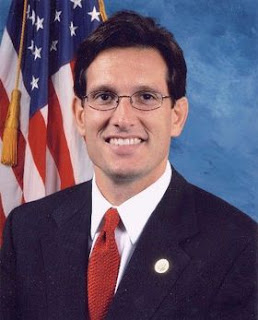 But this weeks Shut Up Fool! award winner is Rep. Eric Cantor (R-VA).

CHURCHILL: I have a very close relative, a woman in her early forties, who did have a wonderful, high-paying job, owns her own home and is a real contributing member of society. She lost her job. Just a couple of weeks ago, she found out that she has tumors in her belly and that she needs an operation. Her doctors told her that they are growing and that she needs to get this operation quickly. She has no insurance. [...]

CANTOR: First of all I guess I would ask what the situation is in terms of income eligibility and the existing programs that are out there. Because if we look at the uninsured that are out there right now, there is probably 23, 24% of the uninsured that is already eligible for an existing government program [...] Beyond that, I know that there are programs, there are charitable organizations, there are hospitals here who do provide charity care if there’s an instance of indigency and the individual is not eligible for existing programs that there can be some cooperative effort. No one in this country, given who we are, should be sitting without an option to be addressed.


Hello? Did you hear your constituent tell you that her family member needs an IMMEDIATE operation?

But that's 'compassionate conservatism' at its finest. And Cantor is supposed to be their 'Great White Hope' in terms of potential GOP presidential leadership?

Thanks, but no thanks.

You should have already learned by now, to paraphrase my homegirl Vanessa Edwards Foster, the only 'compassion' conservatives feel are for corporations and other vanilla flavored conservatives.

Rep. Eric Cantor, shut up fool!
Posted by Monica Roberts at 11:29 AM