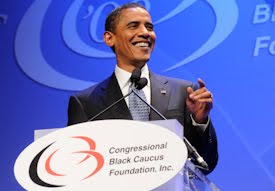 It started yesterday, but it's an event that I would like to attend one day despite the bitter memories I have about the 2002 one.

It's a four-day event held every September at the Walter E. Washington Convention Center in Washington, D.C. Every African-American member of the US Senate and House attends along with intellectual, political and thought leaders around the country and sometimes African descended leaders from around the world as well. 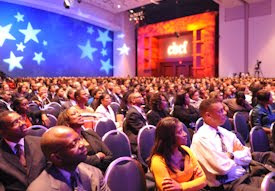 It has multiple workshops that are led by CBC congressmembers that discuss a wide variety of issues pertaining to the Black community and beyond.

The CBC congressmembers are there in full effect to hear the input of their constituents and get feedback so they can better represent the issues of African-Americans.

This year's edition of the ALC is running through September 26, so there's still time for you in the DC area to check it out and make your voices heard on some issues pertinent to our community.
Posted by Monica Roberts at 7:45 AM