What Woman Would I Like To Be For A Week? 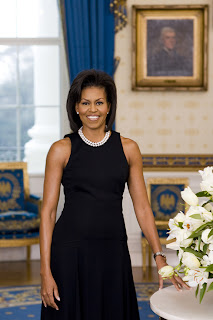 There was a recent CBS News poll taken that asked its respondents what woman would they most like to trade places with for a week.

The poll was based on a nationwide random sample of 1,097 respondents and conducted by phone between August 27-31.

In that poll First Lady Michelle Obama was the winner, chosen by 26 percent of respondents. Secretary of State Hillary Clinton was picked by 16 percent of the poll respondents, followed by actress Angelina Jolie at 13 percent and singer Beyonce selected by 12 percent.

So that begs the question, what woman would I like to trade places with for a week?

That's a damned good question. During the time I have compiled this blog I've written about many of the cis and trans women I admire in various blog posts.

But the First Lady definitely would be at the top of my list. I also like actresses such as Kerry Washington for their combination of beauty, style and brains. There are various congresswomen and other political women I'd love to be such as Rep. Barbara Lee (D-CA), Canadian Governor General Michaelle Jean, and Liberian President Ellen Johnson Sirleaf.

There's a long list of sistah newscasters and sportscasters locally and nationally such as Angie Fenton, Dawne Gee, Monica Hardin, Gina Gaston back in H-Town, Robin Roberts (not sure if were related), Carole Simpson, Suzanne Malveaux, Sage Steele and MSNBC's Tamryn Hall.

There are the musicians such as Alicia Keys and Beyonce.

My list includes writers such as Kayla Perrin and people such as Diahann Carroll and Nichelle Nichols.

There are also some athletes I wouldn't mind walking in their pumps for a week such as Candace Parker and the Williams sisters.

I would have liked to experience Crystle Stewart's life during the time she was the reigning Miss USA. Yep, even after her embarrassing fall during the 2008 Miss Universe Pageant that probably cost her the crown. 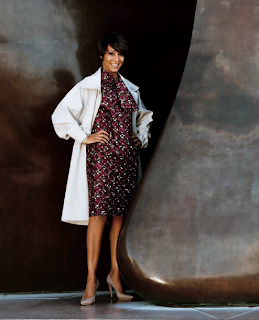 And yes, Maya Angelou, Oprah and Tyra are on my list as well as power sisters such as Desiree Rogers and Valerie Jarrett.

There are also transwomen on my personal list as well that I admire and wouldn't mind being in their pumps for a week as well.

Of course a few models make the cut such as Iman. There are also various female relatives, classmates, friends and co-workers past and present whose beauty, brains and style I admire.

There's even a long list of women who are no longer here such as Coretta Scott King, Phyllis Hyman, Octavia St. Laurent, Florence Griffith-Joyner and Rep. Barbara Jordan who I would have liked to experience their lives for a week as well.

There are so many that I admire for different reasons it's hard to pick just one.
Posted by Monica Roberts at 9:00 AM