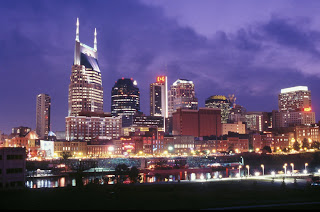 Congrats to 'Number 2' Marisa Richmond and the gang at the Tennessee Transgender Political Coalition!

On September 16 Metro Nashville joined the long list of cities that have passed non discrimination ordinances.

The Council of Metropolitan Nashville and Davidson County adopted a fully inclusive Non-Discrimination Ordinance, which bans discrimination against Metro employees based on sexual orientation or gender identity on a 24 to 15 vote.

Nashville joins a growing list of communities all across the country to provide an explicit ban on discrimination against lesbian, gay, bisexual, and transgender people, and becomes the first city in Tennessee to do so.

It's also important because Nashville is also Tennessee's state capital as well.

Congrats to the TTPC and all the folks who worked to help it pass.
Posted by Monica Roberts at 10:03 AM