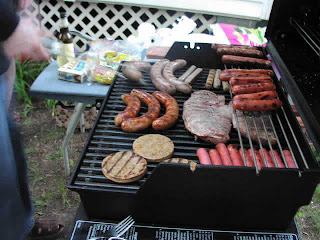 Many people are spending this Labor Day holiday weekend firing up their grills and getting their last shots in at summer fun before the weather starts turning cooler and colder.

Well, hot on the heels of the August BBR rankings he just revealed is this month's edition of the highly anticipated and increasingly prestigious event in the Afrosphere.

Villager made some adjustments to the BBR's that resulted in a 19 blog dip in the number of ranked blogs. There were 1747 blogs ranked this month as opposed to the 1766 blogs ranked last month.

Villager has instituted a new policy in which any blog not updated in 120 days gets sent to the bottom of the BBR list.

One that will never be at the bottom of the BBR's is Pam's House Blend. For the 15th consecutive month, it's the BBR Number One ranked blog.

For the rest of the Top Ten and Top 25 BBR blogs, check out his post at Electronic Villager. Here's the September 2009 BBR list.

As of the September 1st compilation date I'm tied with Crunk & Disorderly with a 94 Technorati ranking. But due to the BBR tiebreakers I slipped two spots from BBR number 24 to BBR Number 26.

The BBR's are set up where there are no ties. According to our illustrious BBR compiler:

If a blogger's authority number drops ... they are placed at the TOP of the grouping of blogs at the new rating.

If a blogger's authority number rises ... they are placed at the BOTTOM of the grouping of blogs at the new rating.

If a new blogger is added to the BBR ... they are placed at the BOTTOM of the grouping of blogs at the rating found for them when they join the list.

If a blogger is no longer being rated (either link unknown or authority rating is > 120 days) then they are placed in alpha order in that portion of the BBR.

If it seems like I'm angry about it, yeah I am. 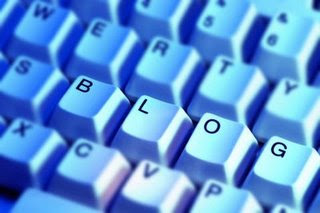 I've worked hard to build and put together a quality blog that a cross section of people would find interesting, entertaining and informative. I've used the BBR's as one of my measuring sticks to grow TransGriot.

To be bumped out of the BBR Top 25 on a tiebreaker sucks.

All it's done is to piss me off and motivate me to set a new goal. I want to grow TransGriot to a point where I will NEVER be bumped from the BBR Top 25 again.
Posted by Monica Roberts at 11:00 AM