Where's The Civility? You're Kidding, Right?

I was shaking my head the other day when CNN and other outlets continued to play Serena's outburst at the just concluded US Open, Kanye West's trip out on Taylor Swift and Joe Wilson's dissing of the POTUS.

Then they asked the question where's the civility in American society?

You're kidding, right? Where in Hades have y'all been for the last twenty years? In a coma?

The conservative movement, the Religious Reich and right wing shock jocks have been attacking, denigrating, falsely labeling, demonizing, slandering and shouting down people for decades and now you say it's a problem? 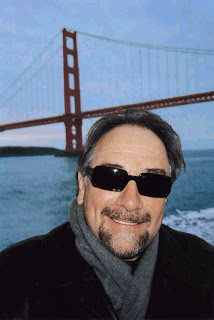 Where was your concern over Rush Limbaugh, Ann Coulter and a cavalcade of right wing idiots making patently false but mean spirited statements?

In Michael Savage's case, his hate speech has earned him the distinction of being banned from traveling to Britain.

Where was MSM outrage when over the month of August you said nothing as the GOP Know-Nothings turned town hall meetings on the health care issue into WWE free for alls?

This is a question and a problem you should have highlighted and called out twenty years ago. You're late.
Posted by Monica Roberts at 1:00 PM

Terminally bad-mannered Michael Savage was just permanently booted-off his flagship station, KNEW in San Francisco. Not that it's improved much by his leaving... equally rude Glenn Beck is still a featured "personality."

Needless to say, ALL segments of the US leave a lot to be desired when it comes to manners and politeness and the codewords "civility' and "well-mannered" have a lot of disturbing racial connotations in this society.