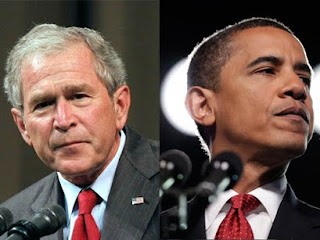 I love my birth state, but hate the right wing yahoos that seem hell bent on giving it a bad name.

Like Mansfield and other North Texas school districts such as Aledo, Grapevine-Colleyville and Eagle Mountain-Saginaw,, the Arlington Independent School District after complaints from right wing parents declined to broadcast President Obama's Tuesday live back to school message.

Students who wanted to hear it had to not only get permission slips for excused absences, but go to off site locations to hear the speech.

The AISD cited it didn't want to disrupt already prepared teacher lesson plans their excuse to opt out of the Obama speech, but is firing up the school buses to take kids off AISD campuses to the Jerrydome on September 21 to hear that paragon of educational excellence, George W. Bush.

Can you say hypocrisy boys and girls? Thought you could.

Can Bushie boy spell it? Probably not.

It's not surprising since the Dallas-Fort Worth Metroplex was Republican decades before the rest of the Lone Star State succumbed to the conservamadness. 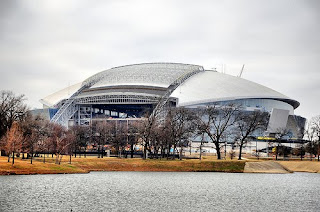 It's the kickoff event for their youth education program.

Those students who have permission from their parents to go to the Jerrydome will be hearing from Junior and former first lady Laura Bush, legendary Dallas Cowboys players and North Texas business and community leaders.

Cornerstone Baptist Church senior pastor Dwight McKissic, Sr. asked the question that many inquiring progressive minds around the Metroplex, the stare and the country want to know.

In a press release from his church, he asked, "I do not understand the duplicity in this situation. I believe the students and the public deserve and need to have these differences explained."

I can do that in one word for you, Pastor McKissic. It's spelled R-A-C-I-S-M.
Posted by Monica Roberts at 7:00 PM