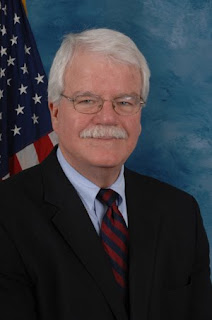 At 10 AM EDT today the House Education and Labor Committee chaired by Rep. George Miller (D-CA) will hold hearings on HR 3017, the Employment Non-Discrimination Act.

ENDA is the proposed legislation introduced by Rep. Barney Frank (D-MA) that would prohibit employment discrimination, preferential treatment, and retaliation on the basis of sexual orientation or gender identity by employers with 15 or more employees.

Currently, it is legal to discriminate in the workplace based on sexual orientation in 29 states and in 38 states based on gender identity.

Some of the people who are on the witness list are:

The Forces of Intolerance will be represented by Craig Parshall, senior vice president and general counsel, National Religious Broadcasters Association

There are also other witnesses to be announced that weren't available at the time I received the press release.

If you're in the DC area, it will be taking place in Room 2175, the House Education and Labor Committee Hearing Room in the Rayburn House Office Building.
Posted by Monica Roberts at 7:36 AM