Why No CBC On US Cable Systems?

On my local cable system I have access to over 900 channels of news, sports, movie channels and entertainment. I have digital and HD channels, I have Telemundo. I even have the BBC.

But what I don't have as part of my cable system is the Canadian Broadcasting Corporation.

You would think that in terms of the Canadians being our next door neighbors, our country's largest trading partner, and the fact that many Canadian systems carry US networks like CNN that our systems would reciprocate and carry the CBC. 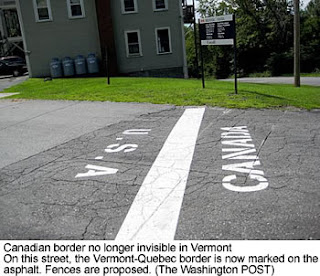 While I'm aware that the areas closest to the US-Canadian border do receive over the air CBC broadcasts on their TV sets, I'm not aware if it extends to cable systems that serve those border states as well and doubt they do.

It's interesting to me since much of Canada's population lives within 100 miles of our shared 5,500 mile border, that the average Canadian is better versed in US politics than the average American is.

I'd be willing to bet, as our last president demonstrated, that most Americans couldn't tell you who Canada's prime minister is, much less tell you any general geographic or political facts about our northern neighbor.

FYI, it's Stephen Harper. My Canadian friends not so fondly refer to him as either Harpo or 'The Pit Bull In A Sweater Vest'.

While some people in the States may have no problem remaining blissfully ignorant about what transpires in the Great White North, I'm not one of them. As a transperson borders don't matter as much. What happens in one nation affects me in some way here. As a child of the Diaspora I'm also connected to some of my Canadian cousins as well through our shared African ancestry and common threads in our cross border history. 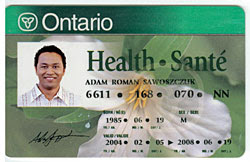 It's also my desire of wanting to be an informed citizen that fuels my hunger to know more about my northern (and southern) neighbors and be versed in the issues that concern them. It's even more of a concern now that we're about to embark upon in the States what promises to be a messy debate about overhauling our crappy health care system.

You can bet the Rethuglicans will do everything possible to smear the Canadian single payer universal healthcare system like they always do when we crank up these periodic discussions. If we had the CBC on many of our cable systems they wouldn't be able to get away with telling the lies they do about it.
Posted by Monica Roberts at 11:01 PM

The CBC is available on several cable systems in the border region, stretching from Boston to Grand Forks to Seattle.