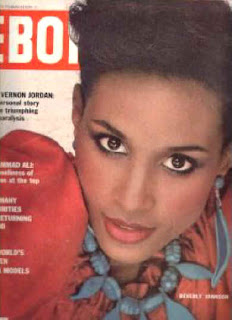 Tami had a post in March that discussed her take on whether we should do more as a community to keep our iconic magazines alive.

While some folks are hollering 'let them die', I have a problem with that knee jerk shortsighted view of the situation, even though I have mixed emotions about it.

As a historian, I don't like the idea of losing EBONY and JET, much less contemplating a world without its needed voice. As many of you did, I perused the older issues of EBONY and JET at my grandparents house growing up and I spent hours perusing those issues and reading the history that unfolded before my eyes. I also chuckled at some of the back in the day ads that served as a time capsule for the period. 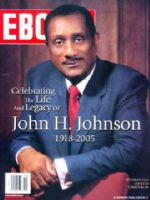 It seems that everybody had a subscription to those two magazines when I was growing up, and whether you were at your cousin's house in Mississippi, your uncle's place in Los Angeles, EBONY or JET would be sitting in a prominent place in their living rooms. One of the first things I did after moving out of my parents house was get my own EBONY subscription.

Thanks to the late visionary John H. Johnson, these magazines since 1945 have been covering our stories, our people and our history when white owned magazines would barely touch our communities, much less tell our stories in a balanced way. 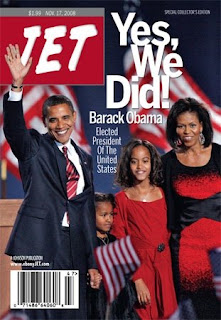 Without EBONY and JET, much of the Civil Rights history probably wouldn't have seen the light of day. Many of Dr. King's essays were published in the pages of EBONY. Our iconic stars on stage, screen, television and the sporting worlds wouldn't have gotten the coverage they deserved.

Our history would have less documentation, especially in the 70's when it seemed that every time you turned around there was another African-American breaking new ground or we had another 'First Black' making history.

And tell the truth, many of you already have copies of the issues of EBONY and JET relating to the historic 2008 election of President Obama, the inauguration and the historic Obama administration. 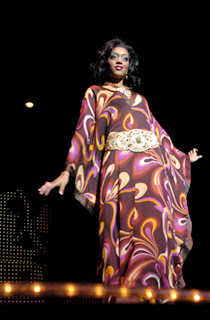 One of the reasons that African descended supermodels grace the catwalks now is because of Eunice Johnson and the Ebony Fashion Fair. Not only did it clue designers in on the fact that Black women had dollars to spend on high fashion clothes, the traveling fashion show has raised tens of thousands of dollars over the years for various charitable organizations in the African-American community.

Fashion Fair Cosmetics and its success clued white owned makeup companies into the fact there was a large customer base they weren't meeting the needs of.

But on the other hand both those magazines have been behind the curve for a while in terms of developments inside the AA GLBT/SGL community, something I've long complained about on TransGriot.

It's sad for example, when Isis got more love in white owned magazines than she did in our iconic Black ones (and ESSENCE falls in that category as well). 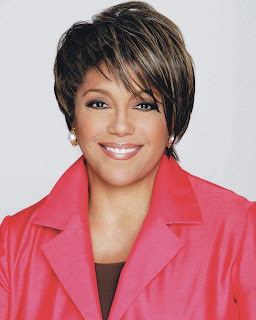 I'm for giving Linda Johnson Rice the help she needs because the Johnson family deserves that much from us. I'm seriously thinking about renewing my subscription especially since I'm buying them off the racks so much these days I may as well save myself some cash and get it delivered to the crib.

Because as someone who grew up around Black radio and knows the power of Black owned media, it's easier to tell your story when you own the printing press, the television show and the radio station as opposed to depending upon someone else with built in biases to honestly tell the story of your people for you.
Posted by Monica Roberts at 10:19 AM

You said people saying "Let the magazine die" is a knee jerk reaction, but then you went on to prove why that is not the case. Reggie and I were in the grocery store having this very conversation last night. You are correct, Ebony and Jet covered a great deal of our history and everyone's grandparents has copies of those issues and probably still have subscriptions. But in the last 10 years have these two magazines been relevant in any way?

As we discussed the fate of Johnson publication's babies I looked at it and other magazines in the check out line, their all so thin. Magazines are suffering all over and when the dust clears it will be those with the ability to move with the times that will be standing tall.

Reggie (a writer) has a friend on the staff at Ebony online. The last editor came in about 2 years ago and decided they needed to focus on their print rather than the online...well that editor is gone now. These magazines have not changed their business model in 50-60 years and honestly most of the stories i get from them i can get on TMZ (they have Chris brown and Rihanna on the cover this moth of Jet)

I dont expect a black magazine to discuss GLBT issues because blacks dont discuss those things. i also no longer subscribe to the idea of keeping something or supporting something just because it's black or gay or big and tall or any other label that id's me when the product is substandard.

Not knee jerk at all, just not held hostage by color.