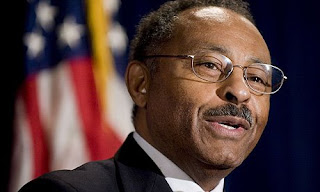 Our last day (May 8) in Washington was going to be spent on the senate side. I needed to talk to Sen. Roland Burris (D-IL) in addition to a few other peeps since SR 909, the senate version of the Hate Crimes bill had been introduced and was in the Senate Judiciary Committee.

I like being in DC so the days I have to pack my stuff in preparation for our departure from Washington are always bittersweet ones for me. It was also going to have time pressure because Polar and I had to hit the road and head back to the Bluegrass State and our lives here. 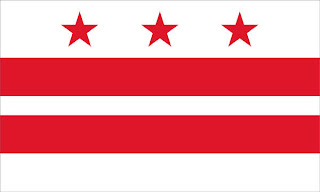 I can also say the DC newscasts are hardly ever boring. The first night we flip on the news we see the dustup over same gender marriage. Last night we watched a strip mall gas explosion caught on a security camera. 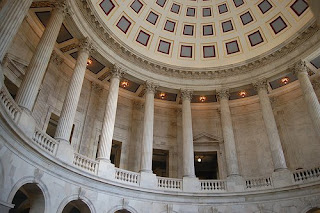 So we had to hoof it to the tunnel and head over to Russell. We arrived at his office a few moments later after I took a photo in the Russell building atrium. He wasn't in and the person who handled those issues was out of the office. We were advised by the person we did talk to at the desk that Sen. Burris was a cosponsor of SR 909 and dropped off the info packet before heading to our next office..

We headed to Sen. Evan Bayh's (D-IN) office and after patiently waiting a few moments were told that the person handling GLBT issues in that office had called in sick hat morning. So once again another packet dropoff without a chat.

We then headed to Sen. Richard Lugar's (R-IN) office in the Hart SOB. You'll note we didn't even bother trying to talk to our own Kentucky senators, Mitch McConnell (R-KY) or Jim Bunning (R-KY) who were in the Russell SOB.

It's been a longstanding congressional tradition that you give constituents who take their precious time to come to DC a few minutes, even if you disagree with them politically. In 2007 I got to see an LA in Sen. Kay Bailey Hutchinson's (R-TX) office even though I'm on the opposite end of the political galaxy from her.

But in McConnell's and Bunning's cases, if you ain't a foaming at the mouth winger, they won't see you. What I'd like to see is somebody with a 'D' behind their names replacing both of them. We'll get our chance to oust Bunning next year. 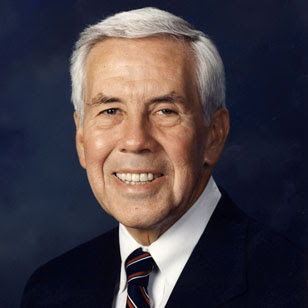 We arrived at Sen. Lugar's office and got 15 minutes chat time with one of the aides there. He advised us that the senator has 'small business issues' about ENDA, but dose support SR 909. After thanking the LA for his time, we bounced to the cafeteria for a meeting with the rest of our lobbyist and lunch since it was now approaching 1 PM.

We caught up with 'errbody' in the Dirksen cafeteria and spent an hour eating lunch, exchanging info, notes and stories as I handed off my remaining info packets to Ness and Toni. They were planning to hit a few more offices on both the House and Senate side while we hit the road.

We were already aware of the severe thunderstorms smacking Kentucky along the route we were planning to transit home and briefly considered rerouting further north through Columbus and Indy to get back home.

We decided to take our normal route back to Kentucky and wanted to be transiting West Virginia before dark. Polar still has bad memories about a 2002 DC trip in which a pregnant deer stepped in front of a Grand Am he'd lovingly restored. He and another passenger were on I-79 headed south near Weston, WV on the way back to Louisville and both the car and deer lost.

Batting mid-afternoon traffic on the Capital Beltway torpedoed that plan and we didn't arrive at Morgantown, WV until almost 7:30 PM, so we decided to stop there and eat my birthday dinner before resuming our trip. It also would give the heavy rain a chance to clear the area before we tackled the dreaded nighttime southward leg on I-79 toward Charleston.

We slogged through patches of heavy rain all the way to the Charleston area after getting our grub on. It finally cleared out as we intercepted I-64 west for the remaining five hour run home.

I crawled into bed at 4 AM early Saturday morning tired but hopeful that this time, after eleven years of lobbying efforts, that SR 909 and the impending ENDA bill will finally become the law of the land.
Posted by Monica Roberts at 1:00 AM