Transphobia At The Hippodrome 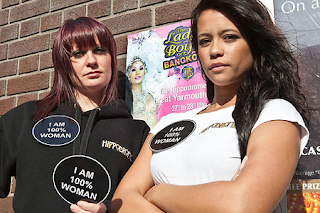 I was shaking my head as I read this story from Yarmouth, England about a threatened walkout by female Hippodrome employees.

What's got them ticked off enough to walk out from their jobs?

Is it better wages? A protest against rampant sexism? Their working conditions? 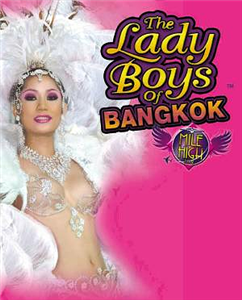 Nope, they demanded to be allowed to wear “I am not a lady boy” T-shirts to prove to showgoers that they are all woman or else they were walking because of the upcoming performance of the Lady Boys of Bangkok traveling cabaret May 27-28.

Hippodrome staffer Ruth Patterson (left in first picture) organized the protest after she heard about the show opening in Brighton. Allegedly a number of women staffers were asked if they were real women. “The Lady Boys may be very, very attractive but I don't want people to confuse me for one of them.

“I certainly don't want people in Yarmouth asking me if I'm a Lady Boy - although I am jealous of their fabulous figures.” 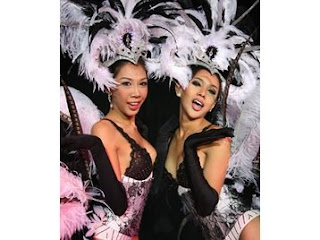 “Because it is a cabaret being performed in a real party atmosphere, some people just get carried away with the whole thing.”

With its tag line of “You'll never look at the opposite sex the same way again”, The Lady Boys of Bangkok cabaret show blends fun and music. The 16 member troupe of performers covers a wide range of styles from the disco floor to the Broadway musical stage. It also features tributes to musical artists such as Katy Perry, Whitney Houston, Girls Aloud and Kylie Minogue.

Can you say the words 'transphobia' and 'cisgender privilege' boys and girls? Thought you could. 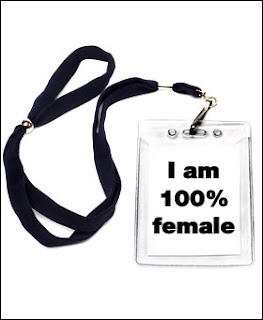 Peter Jay wasn't much better than Ruth Patterson when he made these comments to the British media in relation to this story. While noting there had never been an incident like this in the Hippodrome's 108 year history, he stated, "You could say it has been a storm in a D cup but it has all blown over now. Maybe my girls can share make-up tips with the Lady Boys before or after the shows.

Yeah right, I think it would be the other way around, Mr. Jay.

Ms. Patterson, you need to take remedial science classes. You're only 50% woman, to put it bluntly since half of your genetic material comes from daddy.

And stop slurping the hateraid from the three liter bottles because your transphobia is showing.
Posted by Monica Roberts at 1:35 PM